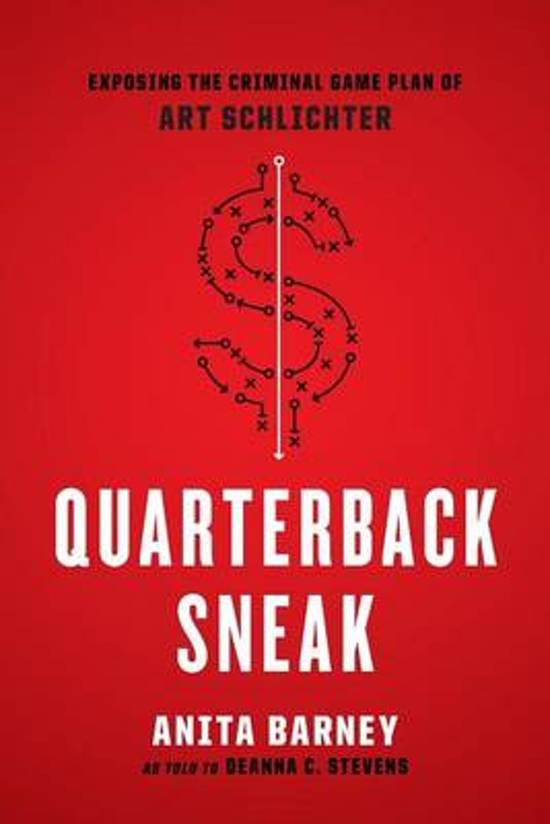 Few in Anita Barney's social circle realized she came from a humble working class family. When her fairytale marriage to the CEO of Wendy's is cut short, her world is turned upside down. Even as cancer claimed his life, Bob ensured his wife was financially secure and left her with chilling advice, "Don't let a man take all of your money." Now a widow, Anita reconnects with Art Schlichter at a church, after a single brief encounter thirty years earlier. He immediately identifies her as an easy mark. Once celebrated as the starting quarterback for the Ohio State Buckeyes, Art has recently been released from prison, where he served time for fraud, theft, and receiving stolen property. Warmly welcomed back by the community, Art publicly claims he is reformed while secretly pushing Anita down the dark labyrinth of his gambling addiction. She unwittingly becomes entangled in his complex schemes as he swindles her out of everything. Only after Anita places a desperate call to federal investigators and begins working covertly with local authorities is she able to escape Art's clutches. * * * Quarterback Sneak is a true story. There are many opinions regarding what transpired between Art and Anita in 2010 and, until now, little understanding as to how Art's ticket schemes operated or how Anita became involved to such a degree. This book will answer those questions.
Toon meer Toon minder