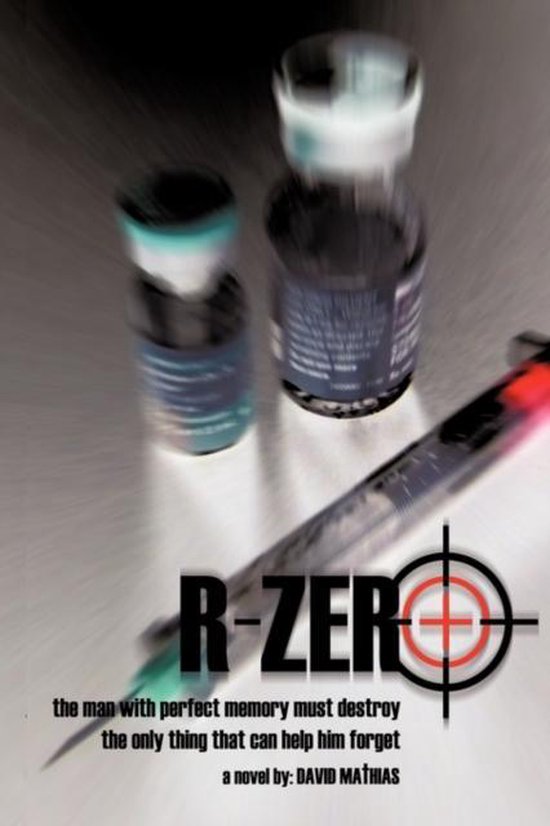 Will Martin, a man in his mid-thirties, suffers from hyperthymesia (perfect memory) and photographic memory, the only known person in the world to have both conditions. Once a successful surgeon, he has spent the last two years on the streets, unable to erase the memory of discovering his wife brutally murdered and his son missing. It has caused Will to give up everything. Will is the target of bounty hunters who find him and coerce Will into volunteering for a study. Will is to participate in an experiment with the drug R-Zero. The idea is sold to Will under the pretense that if successful, it will be used to help victims of horrible crimes move on with their lives and forget the dreadful memory that plagues them. Will can relate and agrees to the experiment, but there are risks. Thoughts are complex and connected, resulting in 'memory spots' that linger. Will discovers that there are rogue government agents behind the experiment. A group of seven detainees from Guantanamo who are scheduled for trial, will soon have the memory of their torture erased. Will sets out to destroy R-Zero and the journey takes him to places unimaginable. Will learns who has been controlling the world for the last sixty years. New questions evolve concerning his future and the mysteries behind the tragedies that have surrounded his past.
Toon meer Toon minder