Rabbis The Many Faces of Judaism : 100 Unexpected Photographs of Rabbis With Essays in Their Own Words 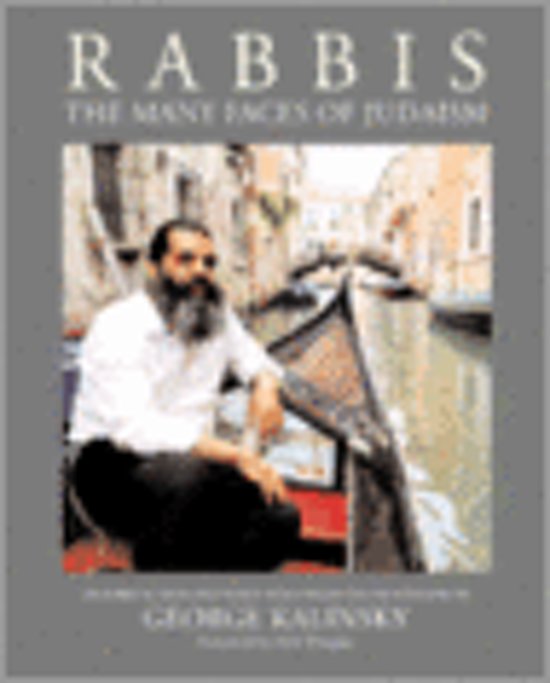 From the lens of world-renowned photographer George Kalinsky comes this look at one hundred leading and influential rabbis of the twenty-first century. Through lush and brilliant photographs and essays by the rabbis in their own words we see the multifaceted people they are: leaders, teachers, preachers, scholars, spiritual innovators, chaplains, as well as fathers, mothers, avid hobbyists, and professionals.

Rabbis: The Many Faces of Judaism is an extraordinary book about modern Judaism. It features one hundred portraits of rabbis that span the globe and the ideological spectrum, from youthful Orthodox communal leaders to pillars of contemporary Reform Judaism, portraying today's Jewish leaders, and Judaism itself, in its diversity and dimensions. Keepers of the flame of Judaism, these are people who are working in the twenty-first century but are deeply aware of their religious legacy.

Chosen for the rabbis' wide range of beliefs and interests, the people here represent the rabbinate as the rich, hard-to-define, impossible-to-categorize world that it is. Their life stories, which describe their coming to grips with their religion, are brilliantly articulated, filling the book with inspirational messages and spiritual guidance for all people-- not only for members of the Jewish faith but for people of all faiths and beliefs.

The photographs were taken by George Kalinsky, the official photographer at Madison Square Garden for more than thirty years. He has authored seven books, and his photos have appeared in numerous publications including Time, Life, People, Esquire, New York, Sports Illustrated, and Newsweek.