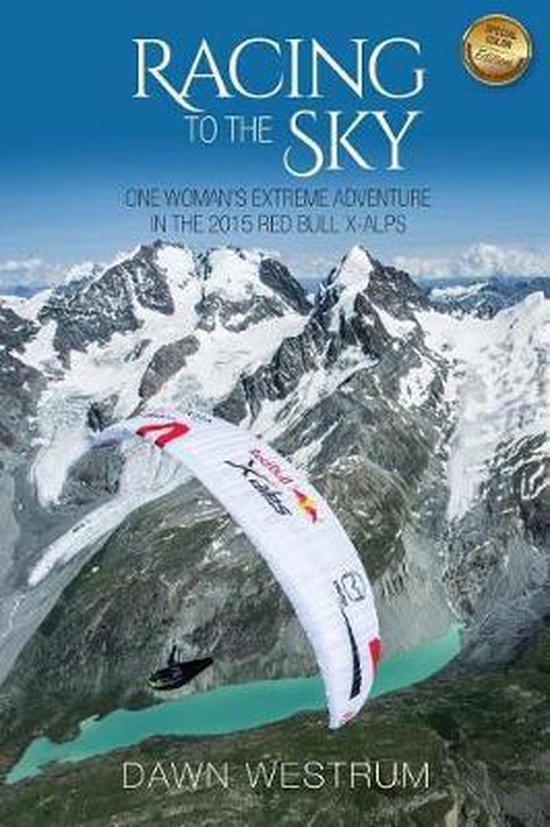 This is a special, full-color edition of Racing To The Sky. The Black and White version (which costs considerably less) is available too!When the starting gun sounds, athletes shoulder their backpacks in Salzburg, Austria, and race to the top of the nearest hill. There they lay out their paragliders, pray for good winds, and attempt to fly all the way to Monaco. This is the Red Bull X-Alps, proclaimed as the toughest adventure race in the world. Every two years, thirty-three athletes converge in Austria, where they paraglide and hike across the Alps to the sea. Over the course of two weeks, athletes make their way across six countries, by foot or in the air. Along the way, competitors battle fierce winds, changing weather, blisters, rain, and record-breaking heat. In 2015, Dawn Westrum was selected to compete in this elite, male-dominated race. As one of the first women in the race since 2005, can she prove that women have the skill, endurance, and strength to avoid elimination and make it to Monaco? This is the story of Dawn’s incredible race, but also gives insight to the vast amounts of preparation and training required to be selected for the Red Bull X-Alps. Held only every other year, with a new course and turn points in each edition, the Red Bull X-Alps is the pinnacle of racing in the paragliding world. It is a test of physical endurance, but also requires solid decision-making abilities in the air, and advanced knowledge of cross-country paragliding skills. Athletes cover up to 500 kilometers on their feet, while always carrying a 10 kilogram paragliding pack. They paraglide up to 2000 kilometers, hoping that every minute in the air saves them a bit of walking on already sore feet. Competitors can fly at over 4,000 meters of altitude, looking down on the Alps from an amazing height, soaring over glaciers, lakes, flatlands, and beautiful Alpine scenery. While hiking up to launches each day, they can ascend almost 42 kilometers of elevation during the race, which is sea level to the top of Mt. Everest five times! Allowed to race through the night for just one night during the race, they battle exhaustion, sleep deprivation, and unknown terrain. Athletes in this race take incredible risks, and sometimes this can even lead to landing in a lake!Each competitor in the 2015 race has a story to tell, and their adventures are also included in this recap of the 2015 Red Bull X-Alps. In particular, check out the race at the front, as four athletes battle it out for third place. Some of them end up landing at the finish within minutes of each other! But it’s the supporters who are the unsung heroes of the Red Bull X-Alps, driving behind their athletes each day to provide regular meals, clothing changes, weather and flying updates, a place to sleep, and a lot of motivation. “A day in the life of a supporter” tells how they work up to 20 hours a day on behalf of their athletes. The ultimate goal of each athlete? To finish the race before the time cutoff, and make that final, magical flight down to a landing float in the bay of Monaco!
Toon meer Toon minder