Radical Markets Uprooting Capitalism and Democracy for a Just Society 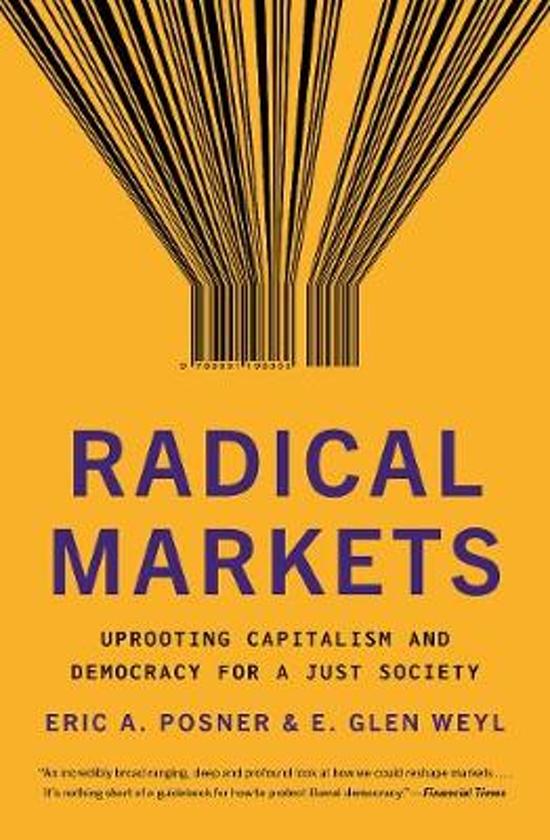 Revolutionary ideas on how to use markets to achieve fairness and prosperity for all Many blame today's economic inequality, stagnation, and political instability on the free market. The solution is to rein in the market, right? Radical Markets turns this thinking on its head. With a new foreword by Ethereum creator Vitalik Buterin and virtual reality pioneer Jaron Lanier as well as a new afterword by Eric Posner and Glen Weyl, this provocative book reveals bold new ways to organize markets for the good of everyone. It shows how the emancipatory force of genuinely open, free, and competitive markets can reawaken the dormant nineteenth-century spirit of liberal reform and lead to greater equality, prosperity, and cooperation. Only by radically expanding the scope of markets can we reduce inequality, restore robust economic growth, and resolve political conflicts. But to do that, we must replace our most sacred institutions with truly free and open competition-Radical Markets shows how.
Toon meer Toon minder