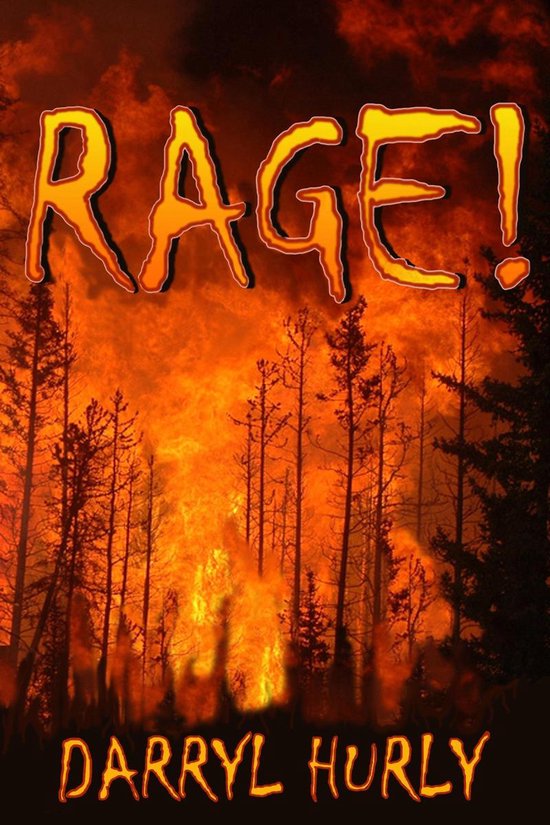 Rage! draws the reader into the wilds of the Montana Rockies in pursuit of a berserk serial killer. It is spring, 1895, and one of the most destructive storm systems in living memory has just wreaked havoc along the mountain front. Lightning has ignited several raging forest fires, killing and maiming animal life, while flash floods have washed out railroad tracks and derailed a circus train.


After the remnants of the circus train are despatched back east, the circus' chief animal wrangler – a South African ex-big game hunter – stays on in Montana to track down and recapture two escaped circus animals that fled the train wreck. To help him, he hires an aging Métis plainsman and mountaineer whose knowledge of the terrain proves invaluable. He also gratefully accepts the services of a Scottish-Canadian anthropologist who is combing the mountains in search of "missing links' that he thinks might be the legendary Sasquatch.


The trio proceeds to investigate a series of bizarre and exceptionally violent killings that are terrifying the inhabitants of the Dupuyer district. Evidence points to one of the escaped animals as the perpetrator of these heinous homicides. But evidence can be misleading!


When the search party reaches the ranch of a local livestock baron to investigate the murder of the first victim, the rancher's fetching young daughter, dreaming of a dashing paladin who will ride in to sweep her away, is momentarily drawn to the stalwart Afrikaaner. But, a moody, unpredictable stranger, out to avenge the murder of his brother, also shows up. At first just fascinated, the daughter learns he's a gunslinger and is thrilled to be in the presence of this perceived icon of adventure and danger.


Her treacherous brother resents her budding liaison with the newcomer and, seeing in the gunman a threat to his tyrannical control of the ranch, seeks to kill him. Sister, brother and gunman become entwined in a dramatic and unexpected turn of events that pits man against Nature, and man against man, resulting in a tragic brush with the mysterious killer.


As the murders continue, our main protagonists embark on a desperate, whirlwind ride to unmask the killer. Along the way, they must deal with greed, intrigue, deception and betrayal. Plot twists keep the reader guessing until the dramatic faceoff with the killer in a rousing, surprising climax deep in the mountain wilderness.


A cast of colorful characters – both historical entities and fictional personages – add breadth, texture and realism to the story. The fine line between hero and anti-hero is often blurred as the reader is immersed in the minds of well-rounded but complex individuals. The strengths and frailties of their humanity arouse both empathy and revulsion as they struggle to overcome trying circumstances that threaten to overwhelm them.


If strongly-etched protagonists, gritty plots and unanticipated hairpin curves appeal to you, Rage! will keep you guessing as you plunge into this thrilling tale of mystery, suspense, adventure and romance.