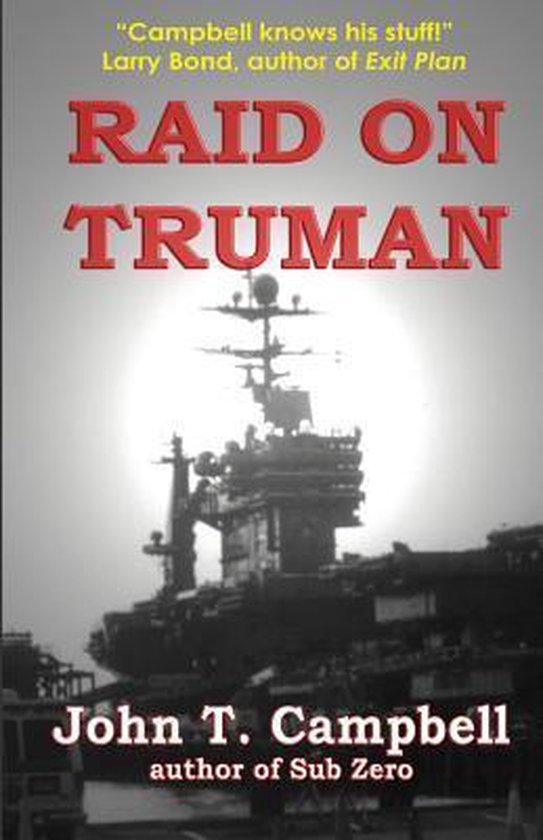 "Campbell knows his stuff!" says Larry Bond, author of Cold Choices, Day of Wrath and many others.Raid on Truman is A National Bestseller. Now newly revised and updated with the latest weaponry!North Korean special forces attempt to hijack a U.S. nuclear aircraft carrier by using anesthetic gas to knock out the crew. They land helicopters on the flight deck and swarm onto the ship. After a ventilation failure allows some of the ship’s engineers to remain awake, the engineers engage the North Koreans in a gut-wrenching battle for control of the ship. Lt. Paul Simmons leads the desperate crew in a chaotic defense of the ship against a fanatical enemy bent on stealing the ship, crew, and its nuclear weapons. Simmons is aided by a lone F/A-18 pilot who attempts to defend the ship from the air, and who had tried to kill Simmons in the past. Published also in Japan.
Toon meer Toon minder