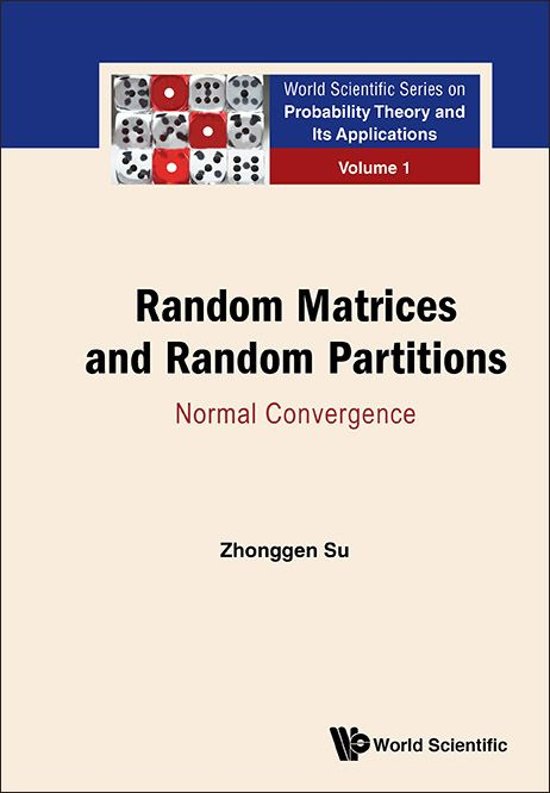 This book is aimed at graduate students and researchers who are interested in the probability limit theory of random matrices and random partitions. It mainly consists of three parts. Part I is a brief review of classical central limit theorems for sums of independent random variables, martingale differences sequences and Markov chains, etc. These classical theorems are frequently used in the study of random matrices and random partitions. Part II concentrates on the asymptotic distribution theory of Circular Unitary Ensemble and Gaussian Unitary Ensemble, which are prototypes of random matrix theory. It turns out that the classical central limit theorems and methods are applicable in describing asymptotic distributions of various eigenvalue statistics. This is attributed to the nice algebraic structures of models. This part also studies the Circular β Ensembles and Hermitian β Ensembles. Part III is devoted to the study of random uniform and Plancherel partitions. There is a surprising similarity between random matrices and random integer partitions from the viewpoint of asymptotic distribution theory, though it is difficult to find any direct link between the two finite models. A remarkable point is the conditioning argument in each model. Through enlarging the probability space, we run into independent geometric random variables as well as determinantal point processes with discrete Bessel kernels.


This book treats only second-order normal fluctuations for primary random variables from two classes of special random models. It is written in a clear, concise and pedagogical way. It may be read as an introductory text to further study probability theory of general random matrices, random partitions and even random point processes.

Readership: Graduates and researchers majoring in probability theory and mathematical statistics, especially for those working on Probability Limit Theory.