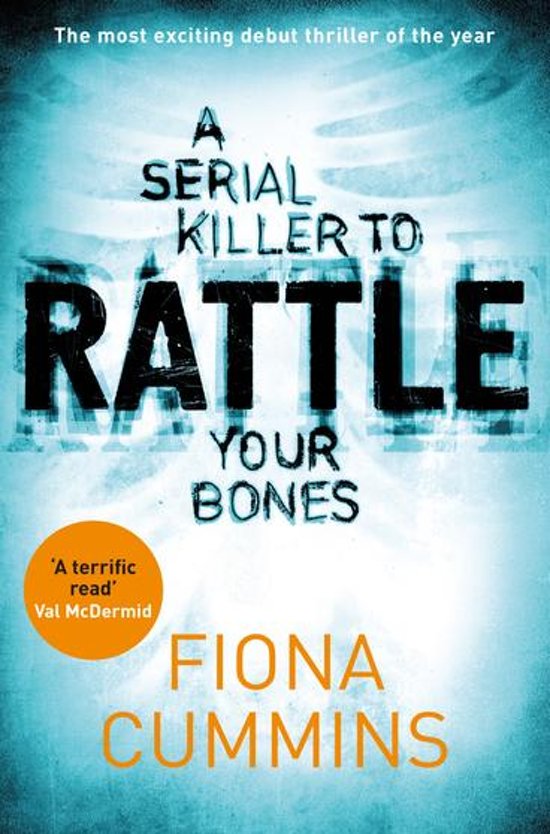 The No.1 bestselling psychological thriller by Fiona Cummins.


A serial killer to chill your bones


He has planned well. He leads two lives. In one he's just like anyone else. But in the other he is the caretaker of his family's macabre museum.


Now the time has come to add to his collection. He is ready to feed his obsession, and he is on the hunt.


Jakey Frith and Clara Foyle have something in common. They have what he needs.


What begins is a terrifying cat-and-mouse game between the sinister collector, Jakey's father and Etta Fitzroy, a troubled detective investigating a spate of abductions.


Set in London's Blackheath, Rattle by Fiona Cummins explores the seam of darkness that runs through us all; the struggle between light and shadow, redemption and revenge. It is a glimpse into the mind of a sinister psychopath. And it's also a story about not giving up hope when it seems that all hope is already lost.


'It's a rare debut that has this much polish. Harrowing and horrifying, head and shoulders above most of the competition' - Val McDermid, author of the Tony Hill and Carol Jordan series.

A highly original and creepy tale that rattles along with menace and does not let up until the cracking finale -- Daily Express Serial killers don't come much scarier than the monstrous creation who haunts this astonishingly assured debut, which transforms London's leafy suburb of Blackheath into a realm of mythic horror . . . as the tension and urgency escalates, Cummins takes you on a macabre but riveting thrill ride -- Sunday Mirror Vividly contrasts the apparent normality of suburbia with the awful truths it can conceal . . . A thriller that is capable of keeping you up all night - and then haunting your dreams. Creepy and accomplished, it is not quite as scary as Lecter, but close -- Daily Mail Amid the outpouring of crime novels centred on missing children, Rattle is up there with the best of them. Fiona Cummins has created an exceptionally creepy psychopathic killer . . . A gem of a scary debut -- Marcel Berlins in The Times Original, gripping and beautifully written - I love this book -- Alice Feeney Seriously creepy and very well written. One that'll have you double checking your door's are locked at night -- Ali Land Rattle is such an original thriller; a novel that plumbs the depths of evil yet stuns you with its humanity. The writing is never less than sublime -- Colette McBeth Taut, menacing and brilliantly written -- Louise Millar So here's a book to look forward to in 2017 . . . #Rattle by talented Fiona Cummins. Chilling, original and beautifully written. Loved it! -- Amanda Jennings Fast-paced, vivid and confident - you are in the hands of an accomplished storyteller. Not only does it smother with its horror, it startles and uplifts with its humanity -- Julia Crouch A chilling and inventive debut -- Simon Beckett Original, vivid, stunningly written with a plot that shocks and disturbs from the very first page. Leaves you holding your breath . . . a fantastic read -- Debbie Howells Tearing through RATTLE. It's brilliant! -- Tasha Kavanagh Cleverest and creepiest plot I've read in a long time. Left me breathless with fear . . . utterly brilliant -- Michelle Davies Gripping. A total page-turner. A rattling good read -- D E Meredith A creepy crime debut with shades of Babadook about it . . . I think it will be huge -- Sarah Hilary Sharp, moving and wholly original. Rattle is a breath of fresh air -- Tammy Cohen It's a rare debut that has this much polish. Harrowing and horrifying, head and shoulders above most of the competition -- Val McDermid An excellent read -- Martina Cole So good I read it twice. Trust me - Cummins is a keeper -- Lee Child
Toon meer Toon minder