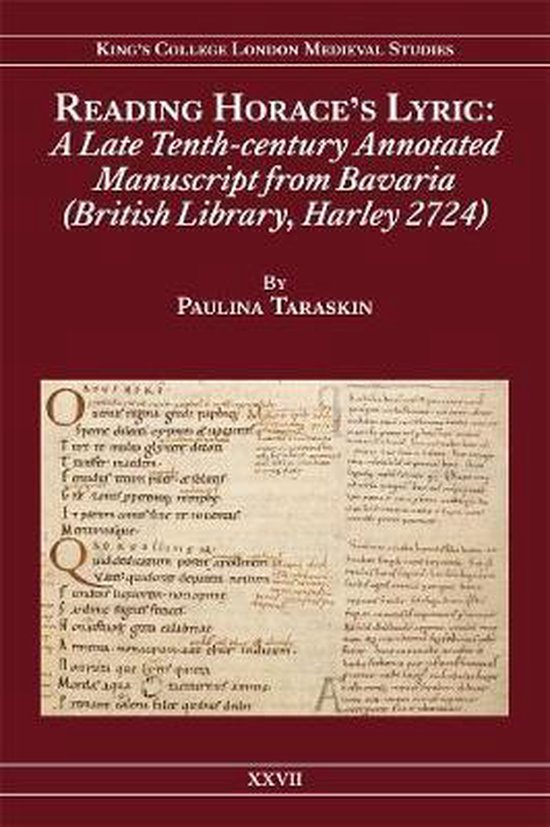 Horace was a cornerstone of the medieval academic curriculum and a major inspiration for poets writing in Latin and, in due course, in the European vernaculars. Of the abundant commentaries and glosses on his works, those contained in British Library Harley 2724 stand out. This important manuscript of Horace's complete works was compiled in Bavaria at the end of the tenth or the beginning of the eleventh century and it contains copious contemporary annotations. Although its value has long been recognised, this is the first detailed analysis of the scholia on Horace's lyric verse. Paulina Taraskin demonstrates that that the greater part of this annotation differs starkly from ancient and medieval Horace scholia published to date. Unlike schoolroom commentators who focus primarily on expounding the poet's language and literal meaning, the Harley scholiast collects notes on copious subjects - myth, history, geography, ethnography, natural history, etymology etc. - culled from a wide variety of classical and early medieval authorities and commentators. He enjoys narrative, copying extensive extracts verbatim and weaving his own prose from multiple sources. For him, expounding Horace is not an end in itself but a springboard for the accumulation of encyclopaedic wisdom to be used as the basis for further commentaries, compilations or perhaps even literary works. This study of the scholiast's techniques, sources, and possible goals, fully illustrated with copious excerpts, lays the foundations for further work, and will be a valuable source for scholars of the rich medieval commentary tradition not only on Horace but on classical authors generally.