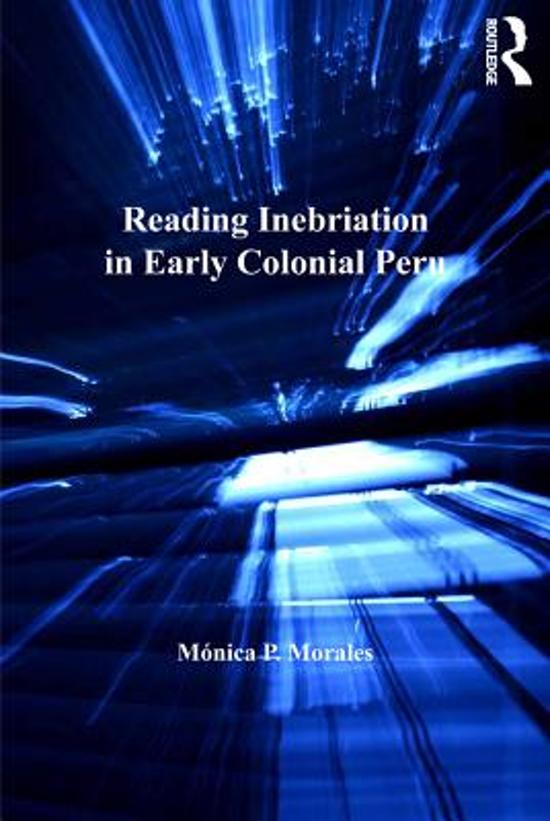 Viewing a variety of narratives through the lens of inebriation imagery, this book explores how such imagery emerges in colonial Peru as articulator of notions of the self and difference, resulting in a new social hierarchy and exploitation. Reading Inebriation evaluates the discursive and geo-political relevance of representations of drinking and drunkenness in the crucial period for the consolidation of colonial power in the Viceroyalty of Peru, and the resisting rhetoric of a Hispanicized native Andean writer interested in changing stereotypes, fighting inequality, and promoting tolerance at imperial level in one of the main centers of Spanish colonial economic activity in the Americas. In recognizing and addressing this imagery, Monica Morales restores an element of colonial discourse that hitherto has been overlooked in the critical readings dealing with the history of sixteenth and early seventeenth-century Andes. She presents drinking as the metaphorical site where Western culture and the New World collide and define themselves on the grounds of differing drinking rituals and ideas of moderation and excess. Narratives such as dictionaries, legal documents, conversion manuals, historical writings, literary accounts, and chronicles frame her context of analysis.
Toon meer Toon minder