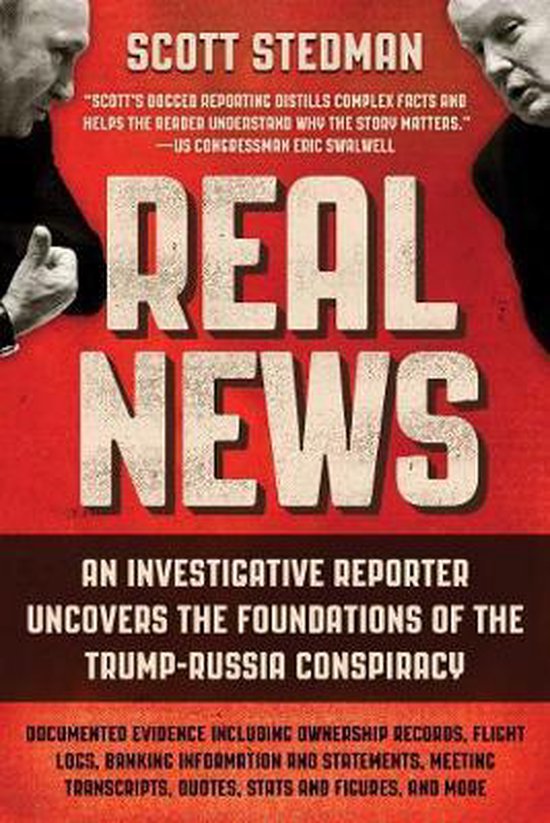 Documented Evidence of the Trump-Russia Conspiracy Investigative reporter Scott Stedman has made waves worldwide with his hard-hitting investigative journalism, going as far as anyone has to uncover the deep roots of the Trump-Russia Conspiracy. His research has been cited by the Washington Post, BBC, Reuters, CNN, McClatchy, the Daily Mail, the Guardian, and Vice, and has even helped guide Congress's investigations. Real News collects, for the first time in print, Stedman's eye-opening research into and evidence of every level of the Trump-Russia Conspiracy, from the 2016 Trump Tower Meetings to the dirty-money deal for Trump Tower Moscow, from the coffee boy George Papadopoulos and his mysterious wife to Russian infiltration of the National Rifle Association, from Cambridge Analytica's sketchy business deals and influence operations to the battle for true journalism that will combat cries of Fake News! Full of real, exclusive evidence including ownership records, flight logs, banking information and statements, meeting transcripts, maps, quotes, stats and figures, cease and desist letters, and more, Real News not only enables readers to see and evaluate the arguments for the existence of the Trump-Russia Conspiracy for themselves, it also fully explains how Stedman went about his investigations to discover the truth. Anyone who is interested in the evidence-the real news about the Trump-Russia Conspiracy-needs to read this book.
Toon meer Toon minder