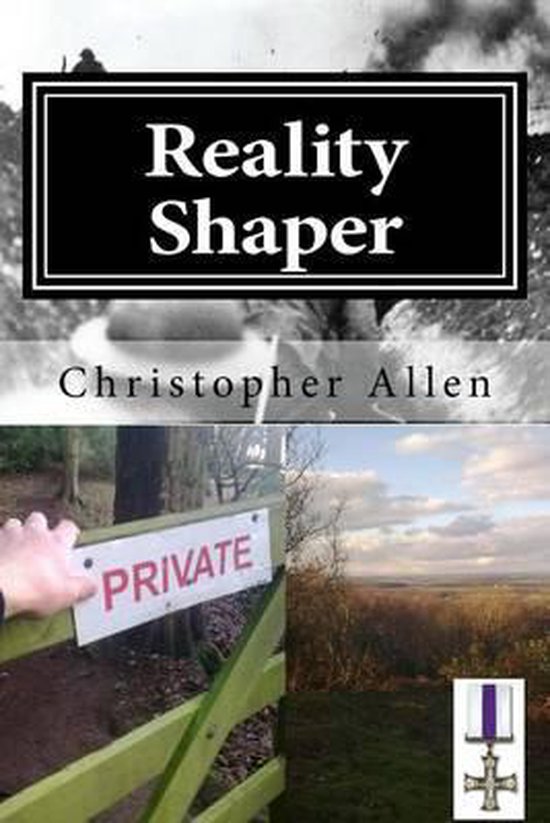 Important Notes:As the sequel to ‘Parallel Lifetimes’ and a follow up to ‘The Beam of Interest’, ‘Reality Shaper’ is an unusual and accurately researched crime novel that draws together strands from the author’s previous books. However, it is written in such a way that it can be read as a self-contained novel.For reasons of authenticity, great care has been taken to ensure technical, geographical and historical accuracy throughout. The time and location details given at the beginning of each chapter are as precise as possible. This most especially applies to those parts of the narrative set in the period of the First World War. Fictional characters have been inserted into actual events. Much of the action depicted herein is based upon eyewitness accounts.Many are aware of the tragic losses incurred by the British Army in July 1916 at the Somme. Few, however, know that the root causes of this disaster may be found in the terrible battles at Neuve-Chapelle and Aubers Ridge fought during the preceding year. Dreadful mistakes were made by both sides. However, the allied commanders failed—for the most part—to learn from these harshest of lessons or else drew the wrong conclusions. This led to the most appalling consequences.Readers may also be interested to discover that the German unit confronting the British at Aubers Ridge in 1915 was the 16th Bavarian Reserve Infantry Regiment in which a certain Corporal Adolf Hitler served as a runner at the time.Although this novel is oftentimes modern, violent and visceral in its presentation, the author has attempted to introduce themes from the Fourth Way of PD Ouspensky.SynopsisOn March 10th 1915, Captain Christian Braithwaite faces the sternest of tests as he prepares to lead his men into battle in the first set piece British offensive of the Great War at Neuve-Chapelle. However, his confidence in the High Command is quickly eroded as the artillery plan for the attack by his battalion—in the direction of Aubers Ridge—fails and disastrous losses are incurred.A mere two months later, the prospect of a renewed push towards the same objective proves too much for the shattered nerves of Braithwaite’s newly arrived batman—Pte Clifford Jones. Terrified, the neophyte deserts, is captured and faces a field court martial and the firing squad. Disgusted by the injustice and sheer hypocrisy of the proceedings; Christian races against time to find adequate legal representation for the private, before it is too late.In November 2018 at Yeovil in Dorset, Jessica Cassidy is devastated by the murder of her lover—Timothy Trevelyan. She suspects that her sinister brother-in-law—Alexander—is responsible. Desperate, she turns to Tim’s wealthy uncle—Charles—for protection but soon comes to realize that there is far more to the former Army colonel than meets the eye. Conflict between the two powerful business families begins in earnest and, as it intensifies, the weakest member of the Trevelyan clan—Jeremy—is unwillingly sucked into the escalating violence. As was the case with Clifford Jones—so many years before—Jeremy finds himself caught up in a life or death struggle. Yet what links the fate of these seemingly quite disparate individuals across such a span of time?Others—including the Quantum Detective: Professor Sebastian Strangeways and the formidable Miss Frobisher—enter the unfolding drama as it finally erupts into an armed confrontation in the grounds of Blenheim House near Sherwood Forest. In an action packed finale, Charles Trevelyan’s Tiger Team—an elite group of private military contractors—is surrounded, outnumbered and outgunned by a far superior force commanded by Alex Cassidy’s highly resourceful ally—the notorious Bradley Douglas. Meanwhile, Jessica, appalled by the news of the most serious clash of arms on English soil in modern times and with the country on a war footing, at last finds the love and solace that she craves … And it comes from the most unexpected of quarters.
Toon meer Toon minder