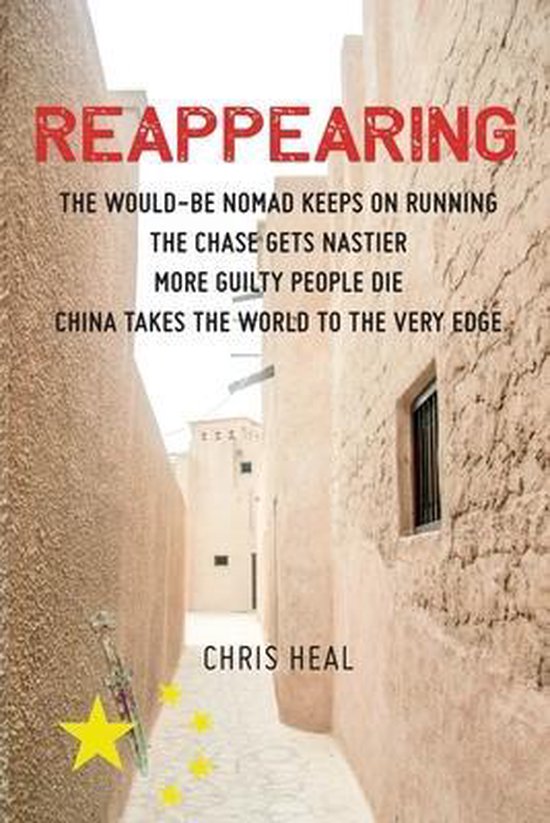 When an elderly couple save you from a bad death in the Sahara, there's an honest debt to be paid. But this couple have unexpected plans: one leads to the bedroom, the other an impossible trip back to Europe where the author is wanted in Brussels for the murder of the president of the European Union. In both cases, determined killers lie in wait. Friends turn out to be, well, unfriendly. Reappearing is Chris Heal's sequel to his semi-autobiographical Disappearing. All he ever wanted to do was to shrug off his identity, throw off the claws and trappings of government, big business and petty bureaucracy. He wanted to become free of other people trying to run his life. But the authorities weren't happy with the idea. A senior policeman in National Counter Terrorism said Heal's first book was 'subversive' and 'should not receive the breath of publicity'. Another, attached to the European Commission, called him an amoral, calculating, mass murderer. 'Whether alive or not, he should be brought to book.' Heal's last journey takes him through the decline of the French empire, the terror of Islamic insurgency and the modern African slave trade. His nomadic life leads him to places he really shouldn't visit; meeting people it's best not to know. All the time, he follows clues that might lead him to his unknown father, fearful of what he might find and might have to relive. For a man in his seventies, Heal manages quite well until the Chinese decide to take a hand. This is an intelligent detective story, wrapped up in a global travel adventure and set against the background of twentieth century history. What kind of worthwhile freedom is possible in a technology driven planet run by control freaks? Reappearing is also a scary prophesy of everyone's near future in a world increasingly dominated by Chinese political, military and commercial power.
Toon meer Toon minder