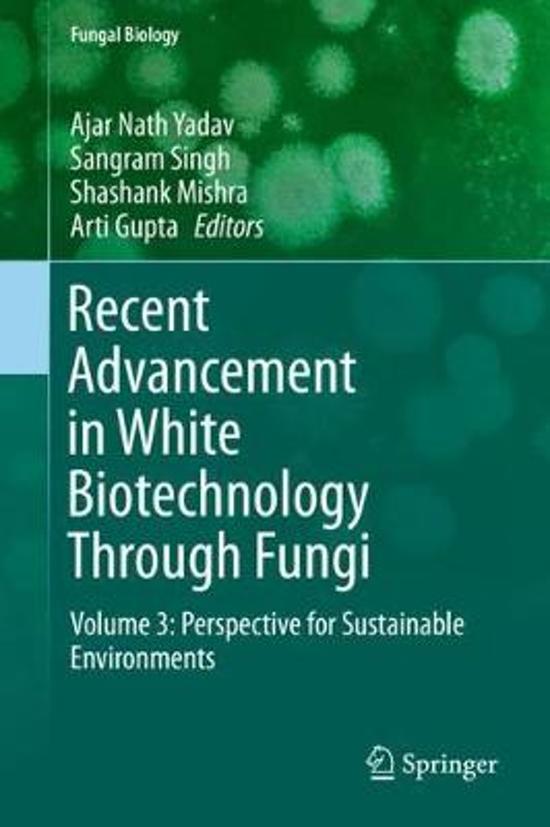 Over the last decade considerable progress has been made in white biotechnology research and further major scientific and technological breakthroughs are expected in the future. The first large-scale industrial applications of modern biotechnology have been in the areas of food and animal feed production (agricultural/green biotechnology) and in pharmaceuticals (medical/red biotechnology). In contrast, the productions of bioactive compounds through fermentation or enzymatic conversion are known as industrial or white biotchnology. The fungi are ubiquitous in nature and have been sorted out from different habitats, including extreme environments (high temperature, low temperature, salinity and pH); and associated with plants (Epiphytic, Endophytic and Rhizospheric). The fungal strains are beneficial as well as harmful for human beings. The beneficial fungal strains may play important roles in the agricultural, industrial, and medical sectors. The fungal strains and its product (enzymes, bioactive compounds, and secondary metabolites) are very useful for industry (e.g., the discovery of penicillin from Penicillium chrysogenum). This discovery was a milestone in the development of white biotechnology as the industrial production of penicillin and antibiotics using fungi moved industrial biotechnology into the modern era, transforming it into a global industrial technology. Since then, white biotechnology has steadily developed and now plays a key role in several industrial sectors providing both high value nutraceutical and pharmaceutical products. The fungal strains and bioactive compounds also play an important role in environmental cleaning. This volume covers the latest research developments related to value-added products in white biotechnology through fungi.
Toon meer Toon minder