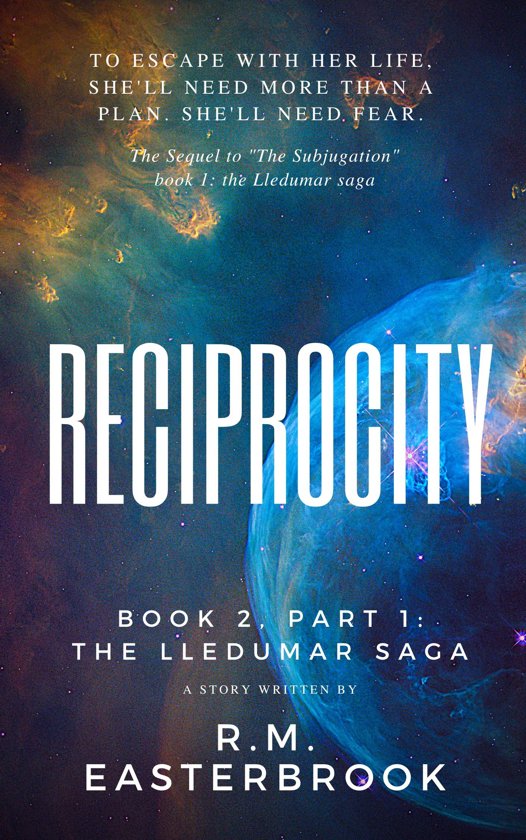 A thousand years ago the Cuians ruthlessly subjugated the Lledumar, and a defeated duke declared a vendetta against his Cuian subjugators. And for a thousand years the Lledumar have toiled to bring about emancipation, but failed at every attempt. Now a new breed of Lledumar has appeared, and will stop at nothing to achieve emancipation for the Lledumar. They believe their time has come, and have dedicated their lives to seeing emancipation in their life time. Only one thing can prevent them, a biomedical scientist by the name of Dr. Ryndeel Drinns, who having made a horrific discovery tries to hide it from her employer, Alton Rhizikh, the director of CenBioTech. But her employer turns out to be the leader of the Lledumarian Freedom Forum, the group dedicated to achieving emancipation for the Lledumar. And a game of cat and mouse enuses when Drinns decides she must find someone to stop him from using her discovery as a bargaining chip to achieve emancipation from the Cuians. But the game is deadly, and, with her life in danger, she turns to the one place she thinks she'll find someone to stop Rhizikh, the Empire's Provincial Investigative Bureau. However, the universe is far more complicated than she came imagine, and with the help of a senior Provincial Investigative Bureau man called Clynne Raxxman, together they embark on a mission to stop Rihzikh that will test their nerve, and their belief that science can solve their problems and the law can justify them.