Recollections of a Scientist Boyhood and Youth in Australia (Volume 1) 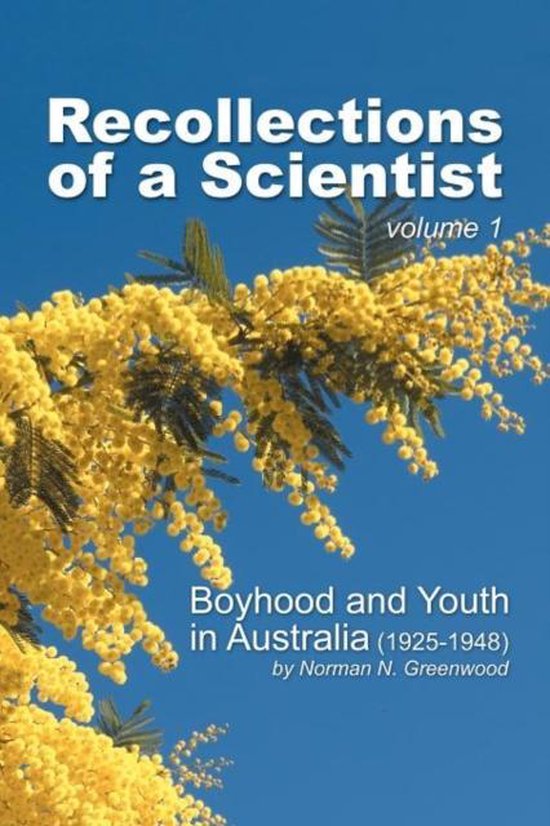 Recollections of a Scientist 1: Boyhood and Youth in Australia (1925-1948) This illustrated book is the first volume of the Memoirs of a distinguished, internationally renowned scientist, Professor Norman N. Greenwood, FRS. It gives a lively and intimate account of his boyhood and youth in Australia during the nineteen thirties and forties and is divided into thirteen chapters. It is a personal account rather than a formal history and describes in refreshing detail his richly diverse experiences. Chapter 1 explains how he came to be born in Melbourne although both of his parents as well as his elder sister and younger brother were all born in Northern England---his father Professor John Neill Greenwood had just been appointed as the first Professor of Metallurgy in an Australian University. The scene is further set by a brief account of the extraordinary events that led up to the founding of the University of Melbourne following the Victorian Gold Rush of the mid nineteenth century and its subsequent development into one of the major Universities of the then British Empire. The young family settled in Mont Albert, one of the developing eastern suburbs of the expanding metropolis, but unfortunately his parents separated soon afterwards and subsequently divorced. The children moved with their mother to the neighbouring suburb of Surrey Hills and one of her sisters came out from England to help with the growing family. Norman goes on to describe the various schools he attended and has some perceptive comments on his teachers, the ethos of the schools and the gradual changes that have occurred in the approach to education in Victoria over the years since the nineteen thirties. Initially vacations were spent at a country cottage being built by his father at Kinglake in the densely wooded hills to the north of Melbourne, and Norman evokes a childhood view of the exotic plants and animals of the bush, the deep secluded tree-fern gullies and tumbling mountain streams. His father was one of the main protagonists for the development of the Kinglake National Park which he had helped to found. Tragically, much of the Park was engulfed by the enormous bush fires (the worst in Australia's history) that wiped out the little township of Kinglake with great loss of life in February 2009. Other holidays were spent on the beaches of Port Phillip Bay or on the cooler slopes of the Dandenong Ranges to the east. Norman and his younger brother Eric (always known in his youth as Peter or "Nipper') loved roaming in the Olinda State Forest and Sherwood Forest where the tall mountain ash (eucalyptus) trees towered above the dense undergrowth of tree ferns and other plants. Bush animals abounded as did the raucous cockatoos and multicoloured parrots. The great prize, however, was to sight a lyre bird performing his stately dance and singing his amazing repertoire of all the other birds' songs and even the man-mad sounds of car horns, chain saws and steam engines. For the three years 1939-40-41 Norman attended University High School near the city centre and adjacent to the grounds of the University itself. It was a remarkable school with an excellent academic reputation but also known for fostering of musical talent and for its prowess in sport. Norman joined the School Orchestra (as second flute) and they gave concerts in the Melbourne Town Hall and occasionally on the State broadcasting station 3LO. He also edited the School Magazine, The Record, perhaps an early portent of his later prolific output of scientific research papers, reviews, monographs and textbooks. In the summer vacation of January 1940 (during which Norman had his fifteenth birthday) he went on and extended (1300 mile) concert-party tour of twenty eight country towns in Western Victoria and over the border into South Australia. The trip was organised by the Young Australia League (YAL) and took the form of a White Minstrels Review of thirty boys with songs, i
Toon meer Toon minder