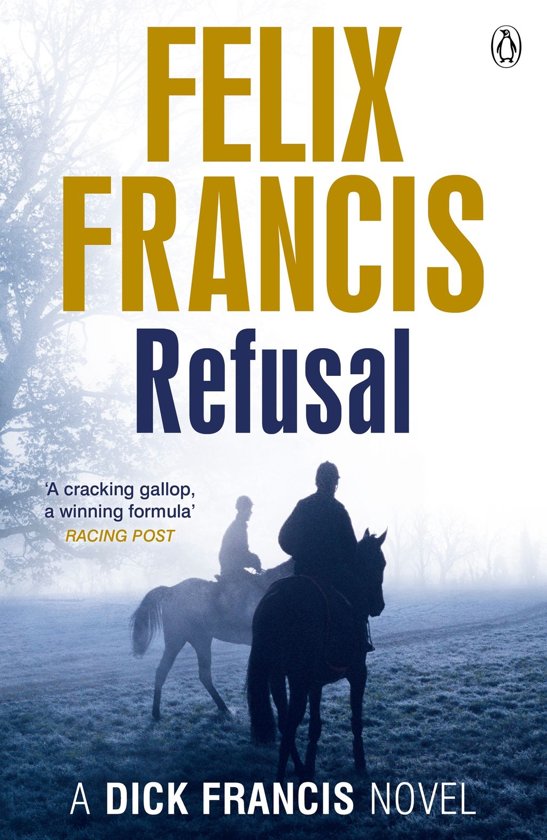 "Felix Francis (born 1953) is a British crime writer who is Dick Francis’s younger son. Felix studied Physics and Electronics at London University and then embarked upon a 17-year career teaching Advanced Level physics at three schools, the last seven as head of the science department at Bloxham School in Oxfordshire, before quitting to look after his father's affairs. He currently lives in Oxfordshire. From 1993 to 2005 he was a director and deputy chairman of World Challenge Expeditions Ltd. He is a former governor of Winchester House Prep School and is a governor of Malvern College.

When Sir Richard Stewart, chair of the horse racing authority, demands ex-investigator Sid Halley examines some suspicious races, he is given a firm no. Sid retired six years ago - and nothing will make him go back.

Next day, Sir Richard is found dead. Then Sid's six-year-old daughter goes missing and he receives an anonymous call: declare the alleged race-fixing clean, or else. With his family in danger, how can Sid refuse?

But this anonymous foe has underestimated the guile and determination of Sid Halley. Extreme situations demand extreme solutions and Sid will do anything to get his life back, or die trying.

'The Francis flair is clear for all to see' Daily Mail

'The master of suspense and intrigue' Country Life

Felix Francis is the younger son of thriller-writing legend, Dick Francis, with whom he co-wrote the four most recent Dick Francis Novels, Dead Heat, Silks, Even Money and Crossfire, with Felix taking an increasingly greater role in the writing. Sadly Dick died in February 2010 but his work will live on through Felix. Refusal is Felix's third solo Dick Francis novel.

Felix trained as a physicist and spent seventeen years teaching A-level physics before taking on the role as manager to his father, and then as author. He lives in Oxfordshire.

A tremendous read * Woman's Own * The master of suspense and intrigue * Country Life * From winning post to top of the bestseller list, time after time * Sunday Times * The Francis flair is clear for all to see * Daily Mail *