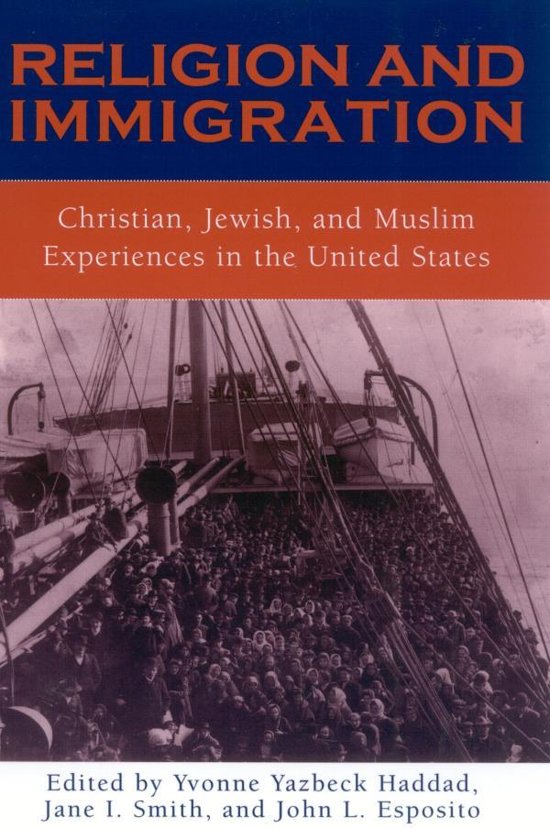 Since its inception, the United States has defined itself as a nation of immigrants and a land of religious freedom. But following September 11, 2001 American openness to immigrants and openness to other beliefs have come into question. In a timely manner, Religion and Immigration provides comparative perspectives on Protestants, Catholics, Muslims and Jews entering the American scene. Will Muslims seek and receive inclusion in ways similar to Catholics and Jews generations before? How will new immigrant populations influence and be influenced by current religious communities? How do overlapping identities of home country, language, class, and ethnicity affect immigrants' sense of their religion? How do the faithful retain their values in a new country of individualism and pluralism? How do religious institutions help immigrants with their physical needs as they are entering a new country? The contributors to Religion and Immigration approach these questions from the perspectives of theology, history, sociology, international studies, political science, and religious studies. A concluding chapter provides results from a pioneering study of immigrants and their religious affiliation. Leading scholars Haddad, Smith, and Esposito have created a valuable text for classes in history, religion or the social sciences or for anyone interested in questions of American religion and immigration.

this book is a welcome addition...This book makes a significant contribution to the literature on religion and immigration and I highly recommend it to scholars and students in the social scientific study of religion. -- Fenggang Yang, Purdue University * Journal for the Scientific Study of Religion, V.43, N.1, 3/04 * The book will be accessible to the general reader interested in American religious life, scholars, or students. An editors' introduction gives a good integrative overview of emerging issues in the text. -- Margaret Orr Thomas * Missiology: An International Review * The book's contents...inspire debate...attest to the changing spiritual terrain in America. The essays as a whole demonstrate a certain truth: that organized religion, in all its diversity, does not seek God nearly as much as it seeks like-thinking men and women and, in so doing, establishes its varied communities. -- Stuart E. Knee, University of Charleston * American Historical Review, April 2004 *
Toon meer Toon minder