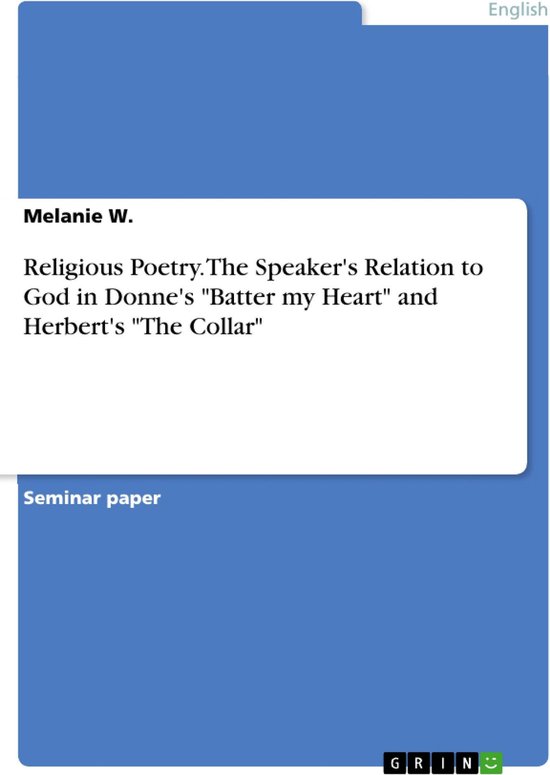 Seminar paper from the year 2014 in the subject English Language and Literature Studies - Literature, grade: 2,3, Ernst Moritz Arndt University of Greifswald, language: English, abstract: After the great poetry in the 13th century, which was highly influenced by the Franciscan religion, the English religious lyric found a new age in the 17th century. Two of the main poets of this time, also called 'metaphysical poets', are John Donne and George Herbert, whose poems will be analyzed in this term paper. Reading 'Batter my Heart' and 'The Collar' raises not only the question of religiosity but also of the speaker's relation to God. Apart from the religious content, there are also stylistic devices, which are crucial for the time of metaphysical poetry. But, before it comes to an analysis, there will be given a short overview about the historical background, the importance of religion for the poets at that time and their impact on poetry to understand the meaning of their poems in a better way. Finally, there will be made a comparison of the two poems concerning the way they deal with religiosity and how they implement their idea of the speaker's relation to God.