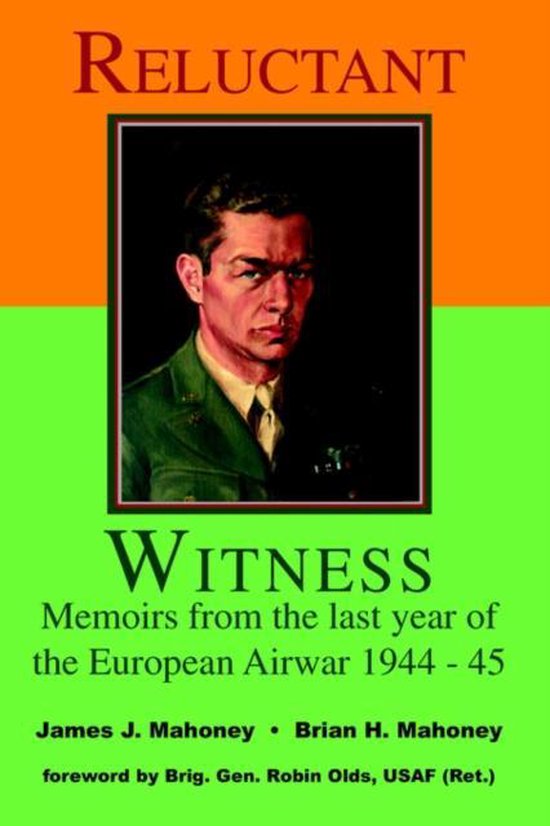 The late James Mahoney went overseas in the spring of 1944 as the leader of one of the four bomb squadrons in a B-24 bomb group (the original 492nd) which endured extraordinary losses for 89 days of operation before being disbanded. The enduring mystery of why such an exceptionally well qualified and prepared group suffered so singularly is one of many significant themes he addresses in his 52 vignettes. Mahoney was reassigned to a bomb group with much better luck (the 467th), and finished the war as their Deputy Commander.


As both a 'man among men' and a recognized natural leader, he was positioned to note character and ability, and took it as his charge to develop both of these in the course of administering to the technical and demanding business of a combat organization comprising 3,000 souls.


Later in life, wanting to make sense of what he experienced and to record the terrific sacrifice of his peers, he distilled and organized his memories. Overcoming his natural reticence to show his hand emotionally, and fearful that grisly accounts might register as sensational horror instead of sobering lesson, he labored carefully to build for his readers a rich context for his 'war stories'.


These memoirs take the reader through the methodology and equipment of aviation and strategic bombing in the era before stand-off weaponry, when hundreds of planes at a time, each with ten-man crews, flew in unpressurized planes through flak and fighter filled skies for hours at a time at 40 degrees below zero, to bomb targets in Hitler-occupied Europe.


He introduces the reader to his acquaintances and friends, commanders and charges - a range of memorable rascals, unforgettable heroes, and ordinary mortals showing their true mettle and courage under dire circumstances.


Jim Mahoney's account of his 13 months in combat is an engaging mix of timeless morals and enduring humor. The big themes are laid out with common sense, while the practical joke, the stroke of genius, or personal quirk are offered as clear windows to the host of characters and their relationships. These certainly capture the fact and flavor of the daylight bombing campaign over northern Europe and make a contribution to the historical record, but they also transcend that specific time and place, drawing the readers in any era into human drama, played out in all of its variety in the pressure-cooker of wartime.


The son's contribution has been to document some of the more unusual aspects of his father's account, so that these can be received as more than just precious memoir - as contributions to the historical record. This has entailed many interviews, travel to remnants of his father's Rackheath and North Pickenham bases in East Anglia, and contemplation of the horrible effectiveness of aerial bombardment on several of the Mighty Eighth Air Force's 'ground zeros' in Germany.


Additionally, the son supplies the reader with a variety of material designed to make the dated technology of aviation in its 20th century adolescence more understandable, and to put into broader contexts the struggles to control European airspace and weaken the foe through costly strategic bombardment. Tables and an extensive WW II timeline give a framework for understanding American involvement and the role of air power. A comprehensive glossary of terms makes the aviation and military lingo clear, and his bibliography will equip the motivated reader to delve deeper.


Photographs from 'then' and 'now' bring the reader along on the son's odyssey, retracing the father's steps and honoring the sacrifices of survivors and the fallen alike.


A foreword by Brigadier General Robin Olds, USAF (Ret.), fighter leader in three wars and a WW II ace, adds important insight to the riddle of why survivors of grisly combat action are typically so tight-lipped about their experience.


Reluctant Witness is the combined effort of a pragmatic realist and a hardened optimist. This rich account of one witness's experience is offered to a general audience of conscientious citizens everywhere, with encouragements to never let their guard down and enable the tyrant, or ever despair of their ability, when committed to what is just and fair, to set things right. Widespread appreciation of the waste and senselessness of war impells practical efforts to 'wage peace'.