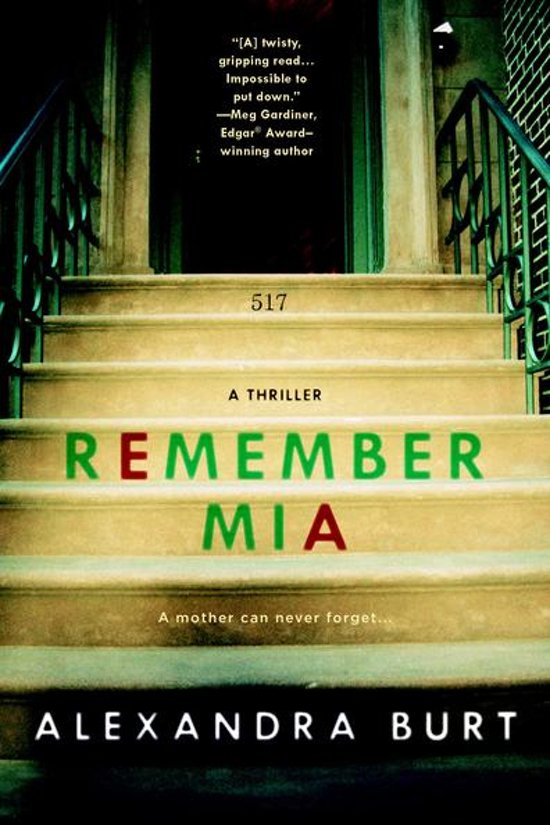 Alexandra Burt is a freelance translator. Born in Europe, she moved to Texas twenty years ago. While pursuing literary translations, she decided to tell her own stories. After years of writing classes and gluttonous reading, her short fiction appeared in fiction journals and literary reviews.  She lives in Texas with her husband and daughter. Remember Mia is her first novel.
Alles van Alexandra Burt
Toon meer Toon minder

Like Girl on the Train and Gone Girl, Remember Mia is a riveting psychological suspense, exploring what happens when a young mother's worst nightmare becomes devastatingly real…


First I remember the darkness.

Then I remember the blood.

I don't know where my daughter is.


Estelle Paradise wakes up in a hospital after being found near dead at the bottom of a ravine with a fragmented memory and a vague sense of loss. Then a terrifying reality sets in: her daughter is missing.


Days earlier, Estelle discovered her baby's crib empty in their Brooklyn apartment. There was no sign of a break-in, but all traces of seven-month-old Mia had disappeared. Her diapers, her clothes, her bottles—all gone.


Frustrated and unable to explain her daughter's disappearance, Estelle begins a desperate search. But when the lack of evidence casts doubt on her story, Estelle becomes the number one suspect in the eyes of the police and the media.


As hope of reuniting with Mia becomes all she has left, Estelle will do anything to find answers: What has she done to her baby? And what has someone else done to her?