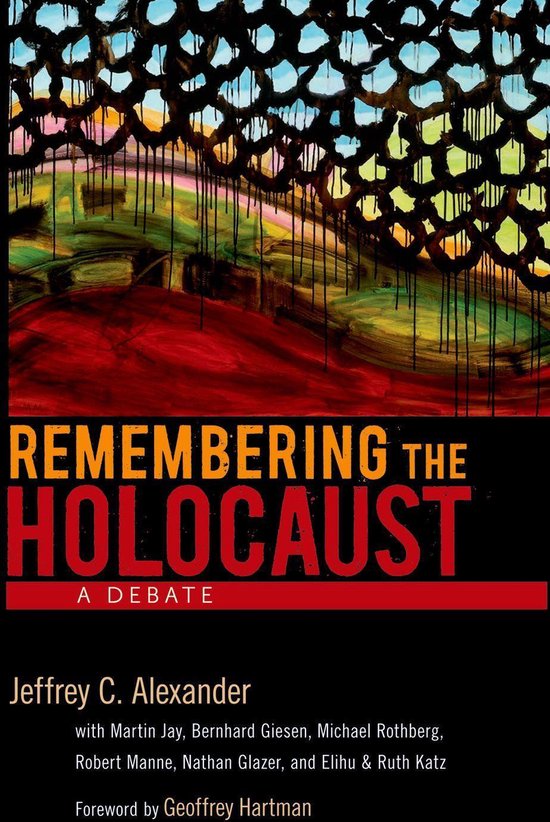 Remembering the Holocaust explains why the Holocaust has come to be considered the central event of the 20th century, and what this means. Presenting Jeffrey Alexander's controversial essay that, in the words of Geoffrey Hartman, has already become a classic in the Holocaust literature, and following up with challenging and equally provocative responses to it, this book offers a sweeping historical reconstruction of the Jewish mass murder as it evolved in the popular imagination of Western peoples, as well as an examination of its consequences. Alexander's inquiry points to a broad cultural transition that took place in Western societies after World War II: from confidence in moving past the most terrible of Nazi wartime atrocities to pessimism about the possibility for overcoming violence, ethnic conflict, and war. The Holocaust has become the central tragedy of modern times, an event which can no longer be overcome, but one that offers possibilities to extend its moral lessons beyond Jews to victims of other types of secular and religious strife. Following Alexander's controversial thesis is a series of responses by distinguished scholars in the humanities and social sciences--Martin Jay, Bernhard Giesen, Michael Rothberg, Robert Manne, Nathan Glazer, and Elihu & Ruth Katz--considering the implications of the universal moral relevance of the Holocaust. A final response from Alexander in a postscript focusing on the repercussions of the Holocaust in Israel concludes this forthright and engaging discussion. Remembering the Holocaust is an all-too-rare debate on our conception of the Holocaust, how it has evolved over the years, and the profound effects it will have on the way we envision the future.