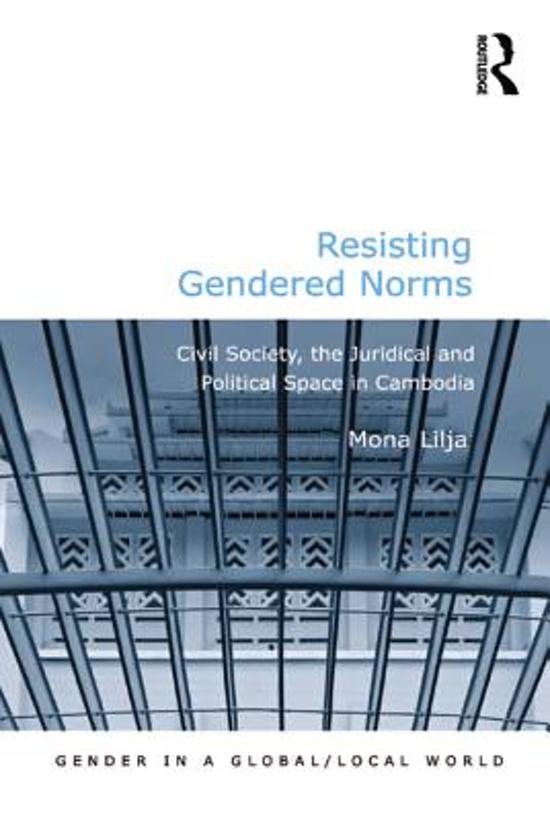 Political scientists have, on occasion, missed subtle but powerful forms of ‘everyday resistance’ and have not been able to show how different representations (pictures, statements, images, practices) have different impacts when negotiating power. Instead they have concentrated on open forms of resistance, organized rebellions and collective actions.

Departing from James Scott's idea that oppression and resistance are in constant change, Resisting Gendered Norms provides us with a compelling account on the nexus between gender, resistance and gender-based violence in Cambodia. To illustrate how resistance is often carried out in the tension between, on the one hand, universal/globalised representations and, on the other, local ‘truths’ and identity constructions, in-depth interviews with civil society representatives, politicians as well as stakeholders within the legal/juridical system were conducted.