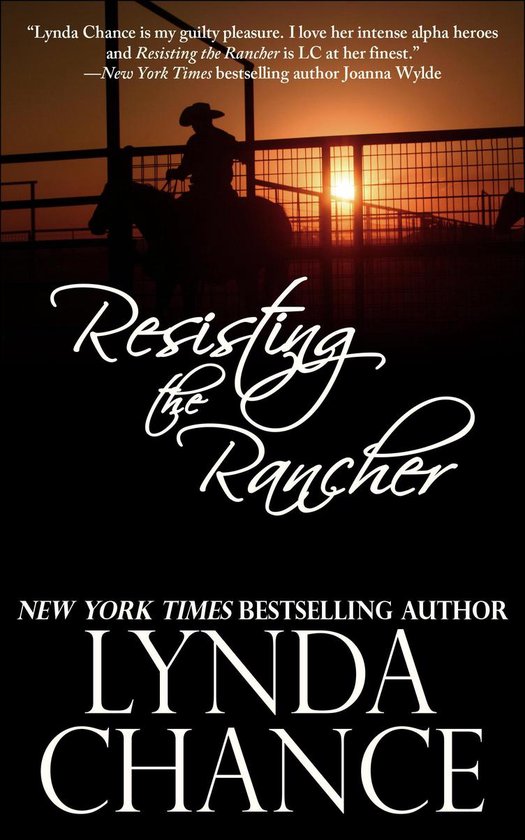 
When Janet Smith arrives at the Bar M Ranch, she's desperate for a job, but not so desperate that she doesn't recognize the potentially explosive situation she's putting herself in. The tall, brooding owner watches her with a dangerous sizzle that's almost tangible. His searing looks fill her with confusion—and a paralyzing need unlike anything she's ever experienced.


It takes less than twenty-four hours for Jeff McIntyre to realize the housekeeper he's hired has little to no domestic capabilities. But she does have something he wants, and it doesn't have anything to do with hot meals or laundered clothing. Being exposed to her daily has him on a tight leash that's fueling his resentment. There's no question in his mind—he's going to snap within days, if not hours.


Jeff studied the girl in front of him, realizing several things in that instant. Although she hadn't technically lied to him about where she'd been, she certainly hadn't been one hundred percent open either, and that made it little more than a lie in his book. And the fact that she was hiding something from him was fueling a surge of testosterone in his bloodstream that was manifesting itself in aggression—sexual aggression—he could feel it.


He was already fighting his arousal to such a degree that it astounded him. What was it about this little chick that made him want to invade her personal space, grab her around the waist and throw her over his shoulder before taking her to his room and locking her inside? Really, what the hell was it about her?


Whatever it was, his swollen and engorged hard-on was not going to control his actions. Yeah, he'd have her in bed soon, but for now, he wanted to know exactly where the hell she'd been that day.


Why he felt the need to know her exact whereabouts, he refused to analyze. He just wanted to know and by damned, she was going to tell him the complete truth this time.


Without wasting another second, he pushed off the door and took two steps toward her, intent on seeking answers. Her reaction to his sudden movement made his feet stall. It wasn't the fact that her face blanched white; it wasn't the fact that she took a single step backwards with obvious nerves that stopped him in his tracks.


It was the sound of the breath catching in her throat and then escalating into small, panting puffs of air that lifted her chest—and her breasts—up and down. It was the way her cheeks went from white to flushed pink; it was the way her lips parted as she held her breath for a moment before taking rapid inhalations again—and again, as if she couldn't get enough air.


Well, holy hell. Any sanity where she was concerned was hijacked as he realized she was just as hot for him as he was for her. His motive, his intention to interrogate her dissolved in a split second as an all-encompassing need to lay his hands on her invaded his bloodstream. How the hell many days had he kept himself in check? Too many to count.


He was done being noble, he needed to taste her, now.


As if receiving permission from his brain, his body went into full throttle. Reaching out with one hand, he made a grab for her. She sucked in a breath as his fingers wrapped around the slender bones of her wrist. Unable to control his need, he jerked her toward him, her torso slamming against his, producing a pagan satisfaction deep in his core.


With her breasts pressed against him, he swung her around until her back was against the wall. He wrapped an arm around her waist and lifted her into him, not really caring that he was now supporting much of her weight as he pulled her to her tiptoes. The feel of her pressing against him provoked a surge of almost maddened lust as he stared down into her upturned face.


Her beautiful, exotic eyes blinked up at him as she struggled for breath.


Son. Of. A. Bitch. She was more than hot—she was willing—she was addictive, and he couldn't wait one second longer. His head dropped, his lips crashing onto hers.