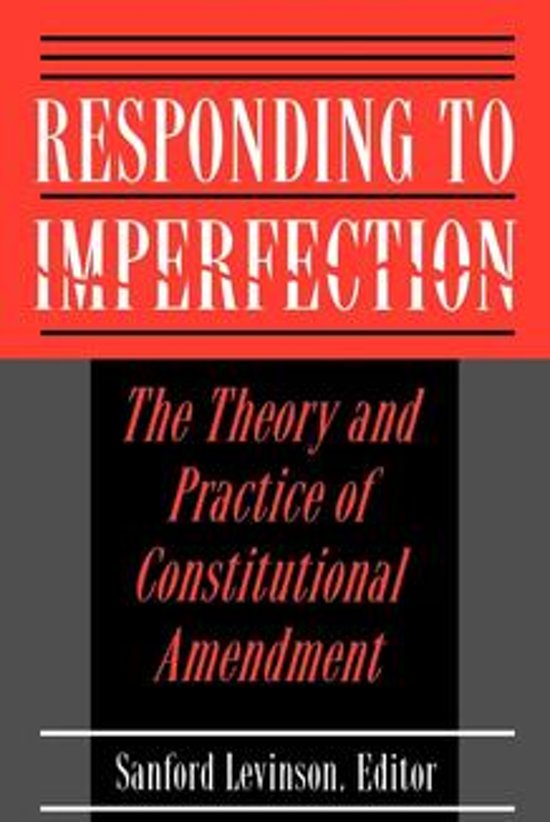 An increasing number of constitutional theorists, within both the legal academy and university departments of government, are focusing on the conceptual and political problems attached to the notion of constitutional amendment. Amendments are, among other things, recognitions of the imperfection of existing schemes of government. The relative ease or difficulty of amendment has significant implications for the ways that governments respond to problems that call either for new structures of governance or new powers for already established structures. This book brings together essays by leading legal authorities and political scientists on a range of questions from whether the U.S. Constitution is subject to amendment by procedures other than those authorized by Article V to how significant change is conceptualized within classical rabbinic Judaism. Though the essays are concerned for the most part with the American experience, other constitutional traditions are considered as well.