Rest in Peace Book One: The Beginning 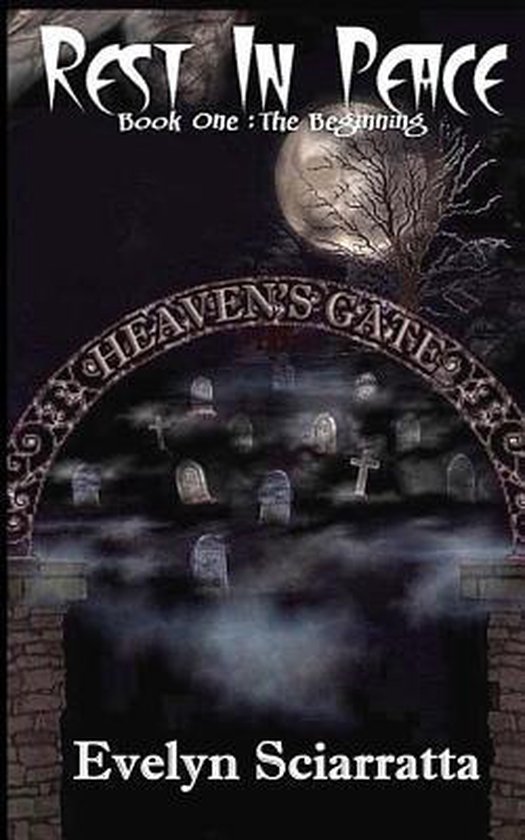 "Rest In Peace" is a trilogy of horror, eroticism, and murder. Book One: The Beginning / Volume 1 Lydia Chadsworth of the Chadsworth dynasty and a resident of Hampton Bay, New York hires Jennifer Carr, a young girl of 16 years-of-age from a Catholic orphanage in the hopes she will be the perfect nanny/governess. But Jena, as she is called, is unaware evil will be living with her. The years race ahead drawing a road map of lines across the once beautiful Lydia. She is no longer capable of caring for herself. For decades she has harbored a disgraceful lie. And if she should die, she cannot go to her 'Maker' without first revealing the truth. A truth that could forever sever all ties between her and her cherished grandson Joseph Clayton Chadsworth II. Mason's Mill is a small farming community located in the state of Illinois. It is well-hidden behind a shopping center known for its fishing and lovely cabins. Sloan J. Parker, the first born of twelve children and one of Mason's Mill residents hates her hometown and the poverty she is forced to live in.She will do anything to escape her dreary existence. Sunni Harrison, the only child of the town's Doctor is Sloan's best friend and protector. She tells Sloan, in time, she too will have everything she desires and much more. She swears to this. Beth Parker, unlike her daughter Sloan, loves her laid-back lifestyle and will do anything to protect her home and children. But her protection can go only so far when something sinister enters her home. But as with any city or town trouble can come calling at any time. What the residents consider trouble stands 5 feet and is ready to put down roots. That five footer goes by the name of Harriet Anderson. Residents normally shun outsiders, and it makes no difference when they discover she can see the past and predict the future. Silva Felders is the worst of the worse. She thinks she owns the town and its occupants because of the hordes of money bequeath from generations before her. She sets out to rid her community of this so-called city gal, warning those that did not follow her lead they will suffer dire penalties. Many with heads held down did as she demanded. Fear of the repercussions can do that. Harriet's arrival was met with a hug from a woman that will be her lifelong friend, Beth Parker. Unbeknownst to the residents Beth has information that could help Harriet in her cause of being accepted, but cannot be shared without paying a dreadful price. And Harriet's psychic abilities will cost her dearly when she is unable to foresee the tragedy that lies in wait. Deaths begin to occur, and the townspeople come to believe it is Harriet's powers that brings terror to Mason's Mill. Sheriff Ben Davidson enlists Harriet's help when the first death occurs with no leads. He really doesn't believe in her psychic abilities to see the past and predict the future which he likens to dabbling in voodoo, but as the bodies continue to pile up and the investigation seems to be going no where, he realizes he can no longer use Harriet as an excuse for seeing her. He has little doubt that the voodoo artist bewitched him with her charms. He fell hopelessly in love. Marc Anderson, Harriet's son, from day one has been obsessed with Sloan, and swears before all that will listen, he will do everything in his power to claim her as his own. But when a distinguished young man, a visitor to the town happens across Sloan, he too is determined that she will be his. A night, unlike all nights, is set to promote fear and panic among the townspeople when a fire of such magnitude strikes taking in its wake many, many lives.
Toon meer Toon minder