Revelations of the Impossible Piddingtons, Vol. 1 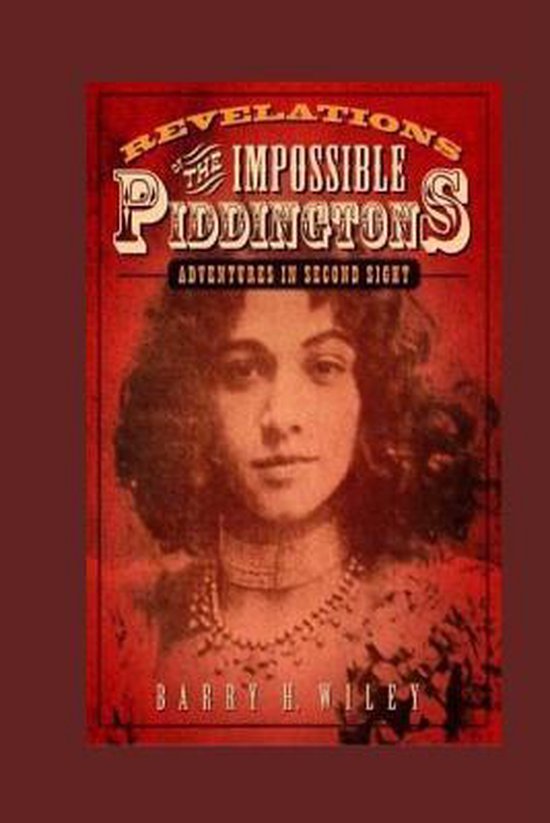 It is 1895. In Revelation of the Impossible Piddingtons, the members of the Bing On tong are convinced that the girl with the green-eyes was a tulku, an occult wraith, when they discover the body of Wong Woon, their master, with a silver dagger in his heart inside his sealed windowless office with its only door still barred from the inside. The girl, a threat to the tong's opium and slave trade, should have been dead; but it was Wong who was dead and the girl vanished. Only a tulku could have passed through the barred door and out of the grasp of the tong. The Bing On tong was almost right. The girl is sixteen year old Kyame Piddington. Revelations of the Impossible Piddingtons tells the story of her adventurous life as part of The Impossible Piddingtons, a father-daughter second sight act. In the course of the novel, Kyame matures from a frightened eleven year old desperately trying to take her dead mother's place in the family second sight mindreading act, striving to learn the secret silent codes and cues from her father as they travel through the towns and cities of the American west, 1890-1895; to becoming, at sixteen, a tall black-haired green-eyed beauty, an accomplished artist; a mesmerist, whose subtle powers work most of the time; a hardened stage performer experienced in creating psychic illusions; and, as predicted by Dr. Mar Tan, a Chinese astrologer in New York, a young woman with the spirit of an implacable assassin. Revelations portrays Kyame's growing polished toughness gained from encountering difficult audiences, lusting young men, con men, jadoo-wallahs, hatchet-men, spirit mediums, bank robbers and killers -- along with suffering constant social rejection because she is only a theatre girl, and thus is not acceptable to proper society. Several historical personages appear in the novel, e.g., Collis P. Huntington, the last of the Big Four and the richest man in California -- and the most hated; writer Jack London; and J. W. Cadwell, the greatest traveling mesmerist in America, who becomes, on the death of her father, Kyame's most trusted friend. In reading Revelations, you will learn how some psychic illusions are done. Revelations of the Impossible Piddingtons is the first novel in the Adventures in Second Sight series. The second novel is Shadow of the Tiger currently on Kindle.
Toon meer Toon minder