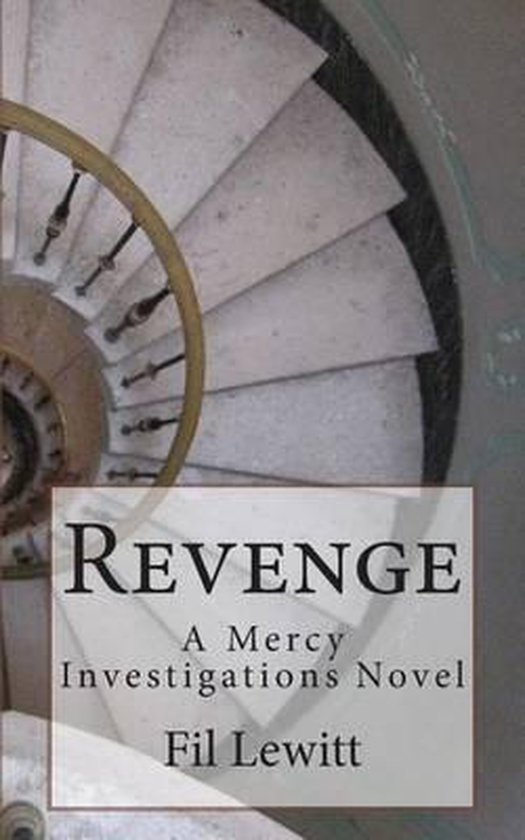 In this third novel of the Mercy Investigations series, REVENGE, set in San Francisco, the founder of the original agency, Steady Ed Steadman, tells the story of a murderous maniac, Ort Baggett, who was released by mistake from prison and intends to get revenge on the man who put him there, Ed Steadman, by murdering him. Meanwhile, in the sub-plots that always show up in this series, young buff black Reggie Jackson, their resident computer expert, is trying to protect lovely Lola Lopez, who works upstairs for La Raza, from a couple of Hispanic gangbangers who are seriously hassling her.Ed is also asked to recover some stolen gems for an old friend dealer after a fancy medical doctor gets hold of a million bucks worth of Albert Belgique’s diamonds and other gems through fraud.And Morry Twych, one of the stars of a previous novel, TIGHT, now pushing eighty but as funny and tough as he was in the 1960s, hires Mercy Investigations to find out who is trying to blackmail him and his still successful Twych Brothers Hydeaway Playhouse porno palace in the Tenderloin District.Through all of this, Ort Baggart, as mean as they come, is stalking Steady Ed in order to kill him.As always in Lewitt’s novels, pulp fiction and lit fiction mix in a kind of fusion cooking which gives the reader a good beach read combined with ideas worth thinking about, presented with an ease that makes it possible to take it all seriously yet laugh at the same time.
Toon meer Toon minder