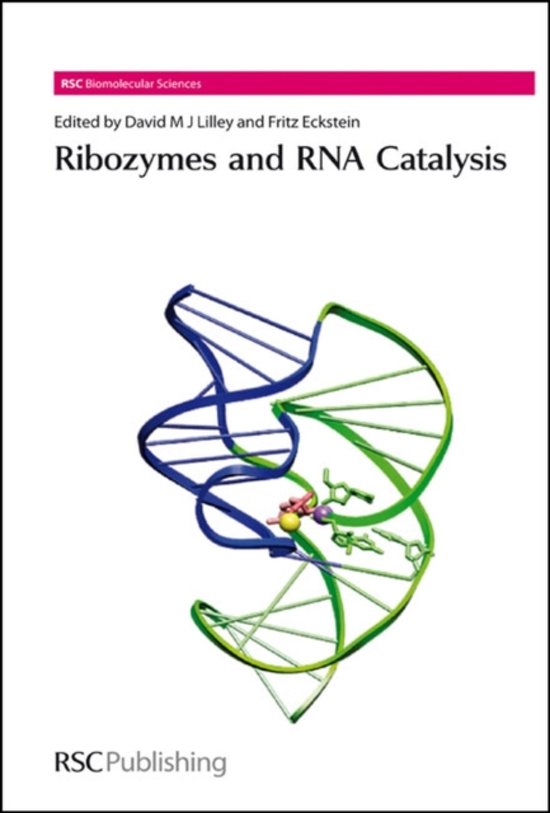 The discovery that RNA could act as a macromolecular catalyst in the cell, signified a paradigm shift in molecular biology. Ribozymes and RNA Catalysis takes the reader through the origins of catalysis in RNA and necessarily includes significant discussion of structure and folding. The main focus of the book concerns chemical mechanism with extensive comment on how, despite the importance of RNA catalysis in the cell, its origins are still poorly understood and often controversial. The reader is given an outline of the important role of RNA catalysis in many aspects of cell function, including RNA processing and translation. There has been a significant coming together in the field of RNA in recent years and this book offers a compelling review of the whole field to date. Written by leading experts in their field, who in turn review the structural and mechanistic data for all known ribozymes this book is well suited for undergraduates, postgraduates and researchers in catalytic chemistry as well as those in related fields who require a unique overview of the subject.
Toon meer Toon minder

...this is a book that certainly should be foundin every laboratory investigating RNA catalysis and can serveas a valuable reference for anyone teaching modern biochemistry. Journal of the American Chemical Society A strength of this book is that recent strides in RNA structural biology are used to showcase how nucleobases and divalent metal ions like magnesium are exploited exquisitely, albeit seldom predictably, for accomplishing difficult chemical transformations that are typically expected of their more versatile protein counter-parts. Although individual chapters are well-referenced and provide an excellent gateway to recent literature... I recommend this fine compilation to anyone passionately interested in understanding biocatalysis and suspect that ribozyme aficionados will acquire a copy. Chemistry World, Reviewed by Venkat Gopalan, in November issue A strength of the volume which makes it both interesting to the expert and highly useful for the newcomer, is the inclusion of chapters on the spliceosome and ribosome.A great resource for advanced students and researchers getting a grip on the major issues and advances in the field...an excellent and concise primer to the key issues and themes addressed ...valuable as a source of comprehensive reviews of the major experimental systems to use for reference and as an entry into the literature for these systems. For the new students in our laboratory, it is now required reading. RNA Journal, Vol.14, No.6, 1003-1004 (Mike Harris)
Toon meer Toon minder