Rickshaws to Jets Via Memory Lane 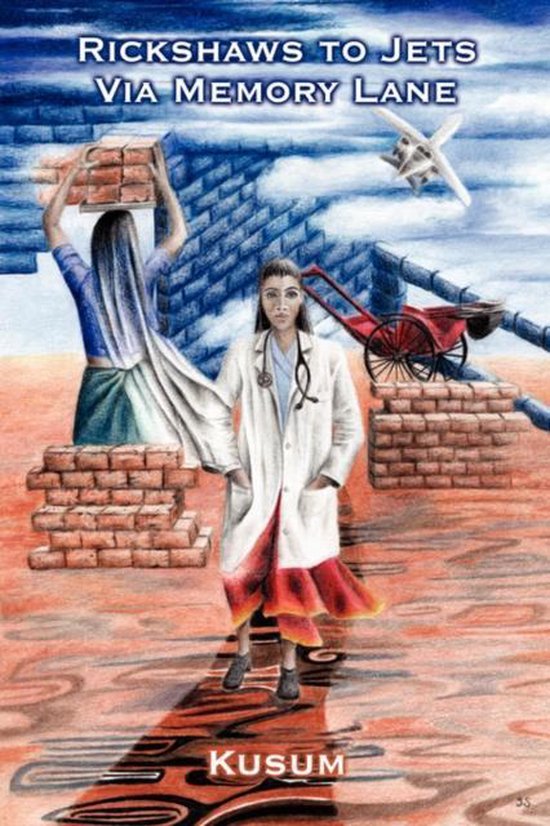 Rickshaws to Jets via Memory Lane is the true- life story of the author, Kusum. Born into a conservative family in the ancient and Holy city of Varanasi, India she was educated there before leaving friends and family in India to pursue her further education in the USA. Included in this memoir of her adventures and experiences information to publicize the plight of the female in India, and to prove that nothing is impossible these days for people who held down by repressive beliefs and customs in the country where she was born. She believes that while individually some Indian women have achieved high levels of excellence, in general Indian women are still lagging behind the rest of the world, and that serious efforts should be made to improve their predicament and quality of life. She is of the opinion that these efforts will help to improve their stature in the eyes of the world. Children in particular are neglected so much that this accentuates the lack of vision of the people who are in a position to effect the necessary changes to improve their lives. For a healthy society and for the country at large, a female child is equally as important and valuable as a male child, which is not the case at the moment. In the Global Gender Gap Index as reported by the Swiss-based World Economic Forum, of 128 countries examined, India is an embarrassing 114th.Dr. Kusum is hopeful that through this book these dire needs will be brought to the attention of Indian leaders, especially the Lady President Patil and the Congress Party leader Sonia Gandhi. Supreme effort is also needed on the male side of the equation to overcome the present handicaps placed on women in India, and to provide the support without which the country remain pathetically wanting in the Gender Gap arena.
Toon meer Toon minder