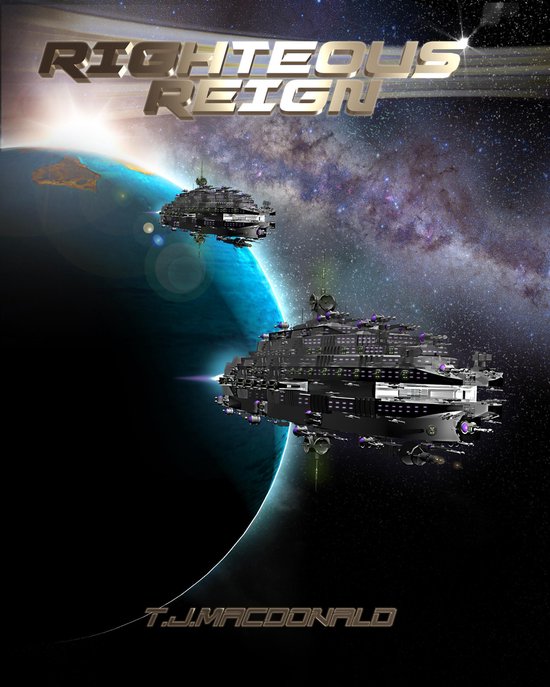 Kurt Brubacher relates a rich saga of Earth's post-apocalyptic Empire he serves; and, the story of its greatest hero. In his own right, Kurt has reached a pinnacle. As Inspector General, he commands an investigative and intelligence force equal to no other in the realm; giving him possession of the information and confidences that comprise the tale.

This is the account of George Bryant; probably the greatest hero of Kurt's generation; expressing his adventures, successes and devotion to Marie, his one true love. George is a man of deep loyalties - to Marie, his subordinates and the Emperor he serves with devotion. He is a leader of deep feelings, strong convictions and impeccable ethics; with a tactical genius that permits him to wage war on a massive scale. He'll do anything to defend the people and institutions he cherishes.

George and Marie wed in a ceremony equaled by no other, to that moment in time – a true Royal wedding. Ten years and two wars later, two other ceremonies exceed its grandeur, in testament to the depths the Emperor will descend to, to gain a strategic advantage.

A host of other lives cross his path and intertwine with his story; including Kurt's own. In one way or another, they all owe Admiral Bryant for their own successes; often achieved on his coattails. But, through this complex tale is another of a conflicted Emperor, and Tom McCracken, a historical legend, now referred to affectionately as Old Tom, by the masses.

But, after years of peace, security and happiness throughout the Empire, there is suddenly rebellion. As Kurt becomes a strategic pawn, he discovers the shocking details of who is actually behind the revolution.