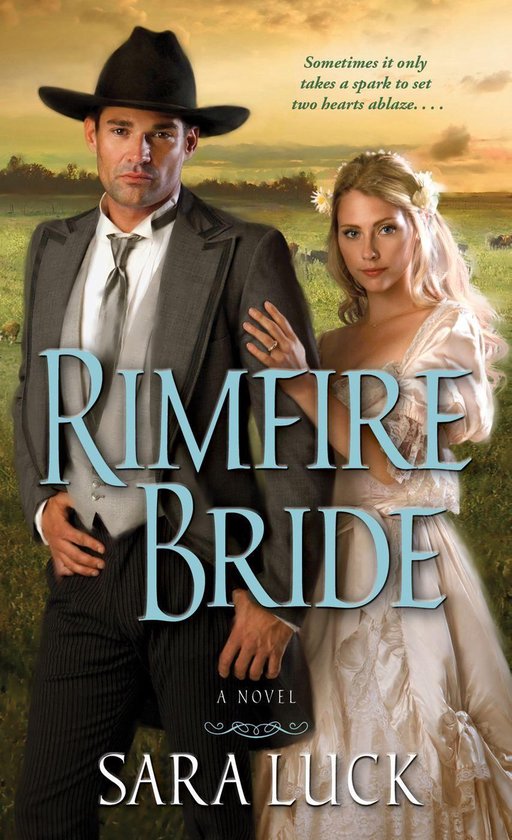 On the golden plains of a new frontier, a smart young schoolteacher teaches a single father a lesson--in the power of love. A scandalous newcomer . . . Only the boldest of women would set off for the Dakota Territory without a man by her side. But schoolteacher Jana Hartmann is determined to build a new life for herself and her frail sister, Greta. True to her courageous spirit, Jana takes the only job she can find in the town of Bismarck--modeling dresses in a shop window--which has every man staring and every woman gossiping. Adding fuel to the fire, she's agreed to help raise money in the annual kissing booth, where one handsome cowboy wants to buy every kiss for himself. A scorching attraction . . . Drew Malone is a lawyer, rancher, and father of two little boys. Although Jana is immediately attracted to the handsome and helpful Drew, she fights it, torn between a budding romance and her responsibility to Greta. But Drew persists and sweeps her away for a romantic Christmas at Rimfire Ranch in the Badlands, where Jana finds herself having to win over the toughest critics of all-- Drew's young sons. As Greta becomes more independent, Jana lets down her guard and opens her heart to the three Malone men. But when the boys are kidnapped on her watch, Jana blames herself and flees to the frontier. Drew must race against the clock to get back his sons . . . and to make Jana his Rimfire bride.
Toon meer Toon minder