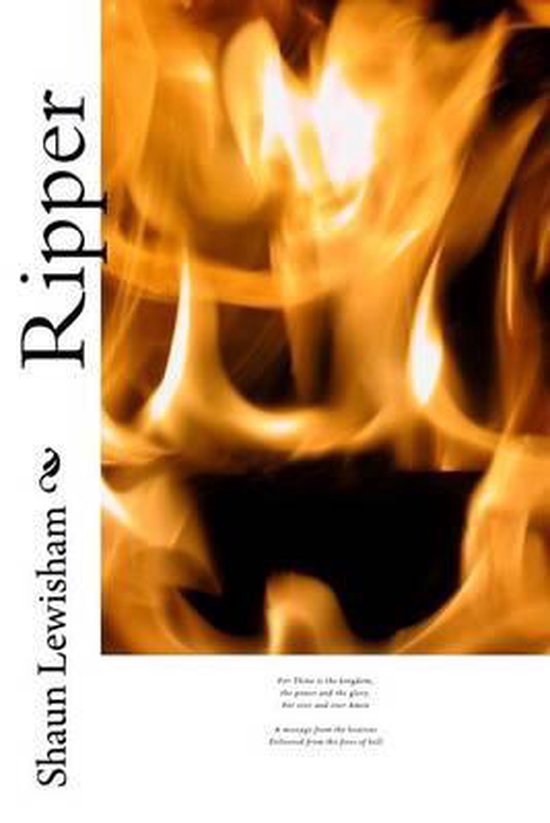 Ripper is a psychological crime thriller set in the West Midlands, and, as the title suggests, it revolves around the nefarious activities of a serial killer.The murders baffle the Ripper squad, which has been created to catch the killer. The detective in charge of the investigation decides they require fresh impetus with the case. They require a man who will generate fresh momentum in their efforts to capture the invisible killer. With the body count on the rise and the public becoming increasingly frustrated they turn to a face from the past. Enter disgraced psychologist, Walker Burke, a maverick genius in psychological profiling techniques. Burke has a proven track record, previously assisting in the capture of serial offenders. However, he has a dark past, filled with personal problems and addiction issues.Burke must strike back against his own personal demons and fight the prejudice that exudes from his nemesis: Dr. Veron McKay, the presentable face of an investigation and a publicists dream. One is the darling of the media circus that revolves around the Ripper murders, the other a dark sole with passion to help the weak, vulnerable, the very women who are being hunted on the killing grounds of The Midlands.A rising star of the Police Force, Karen Ellis is detailed to be Burke’s liaison officer and keep his behaviour in check; a sub plot ensues as their relationship develops.The Ripper grows in confidence and starts to bait the police via the press; and the media frenzy that follows is a reflection of the Yorkshire Ripper series of the late seventies and early eighties. The Ripper knows of Walker Burke and the relationship between them develops into a dual of good against evil, fought out in the public domain.The ripples of his evil touch everyone, as the role of women in society comes increasingly into question and startling statistics regarding violence toward them are revealed. Protest groups are formed and marches organised in an attempt to help capture The Ripper. The momentum of his killing is increasing and his brutality knows no limits.One victim of The Ripper is the daughter of the ex-Chancellor of the Exchequer, a man who has connections in the Special Forces and Special Branch. He has his own unique way of catching the killer; the question is who will get to the Ripper first?The ending remains on a knife edge until the final chapter and the killer’s identity is finally revealed to the reader in the dramatic finale.Ripper draws on family relationships, murders, profiling, a social narrative regarding women’s roles in society and the evil that lies deep within the soul of a man.
Toon meer Toon minder