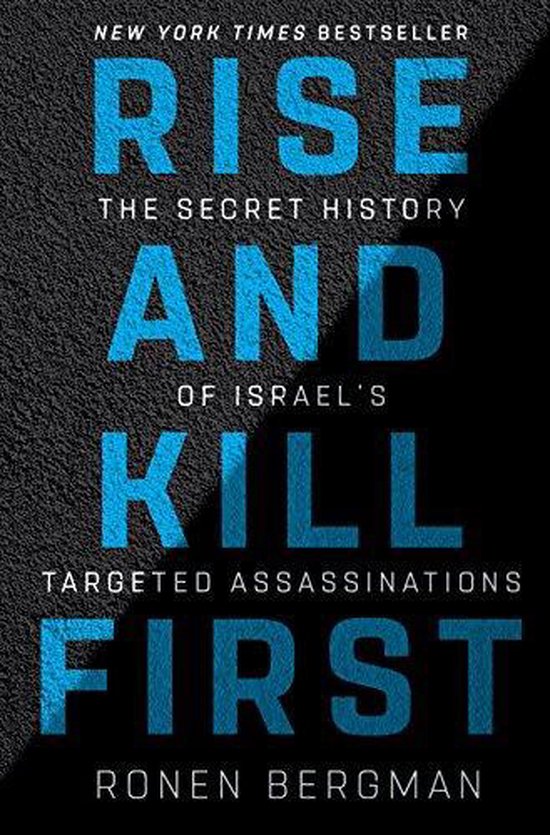 'A gripping investigation of Israel's assassination policy' Sunday Times 'Remarkable' Observer 'Riveting' Daily Mail 'Compelling' John le Carre Winner of 2018 National Jewish Book Award The Talmud says: If someone comes to kill you, rise up and kill him first. This instinct to take every measure, even the most aggressive, to defend the Jewish people is hardwired into Israel's DNA. From the very beginning of its statehood in 1948, protecting the nation from harm has been the responsibility of its intelligence community and armed services, and there is one weapon in their vast arsenal that they have relied upon to thwart the most serious threats: Targeted assassinations have been used countless times, on enemies large and small, sometimes in response to attacks against the Israeli people and sometimes preemptively. In this page-turning, eye-opening book, journalist and military analyst Ronen Bergman - praised by David Remnick as arguably [Israel's] best investigative reporter - offers a riveting inside account of the targeted killing programs: their successes, their failures, and the moral and political price exacted on the men and women who approved and carried out the missions. Built from interviews with Israeli Prime Ministers as well as high-level figures in Mossad, and the country's military and intelligence services - Rise and Kill First includes never-before-reported, behind-the-curtain accounts of key operations, and based on hundreds of on-the-record interviews and thousands of previously unseen files. Bergman traces, from statehood to the present, the gripping events and thorny ethical questions underlying Israel's targeted killing campaign, which has shaped the Israeli nation, the Middle East, and the entire world.
Toon meer Toon minder