Robin Hood and the Magna Carta 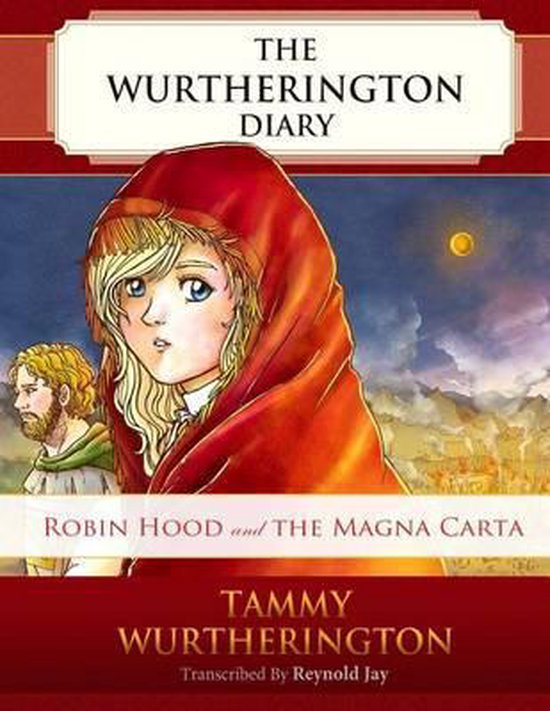 Full color restored edition. This is the eighth book in the illustrated historical series, The Wurtherington Diary. Tammy is in good company with Alfred the mouse, Zeke the orphaned opossum, Cedric, the mischievous mongoose, and Polly, the goodhearted bird. As with all the Wurtherington Diary books, this one abounds in developing worthwhile feelings for its young readers. Things like honesty, compassion, and respect for others abound on very page. Tammy discovers that her new mission to nudge the space-time continuum is to see that the Magna Carta is written and sealed by King John in the year 1215. She discovers that she must see that a series of events during 1212-1215 all fall into place. Tammy soon discovers that her work is much like a chess game that involves real Kings and Queens.Tammy and her little critters disguise themselves as gypsy minstrels and soon find themselves hobnobbing in far-a-way castles with royalty like William, the Lion King of Scotland, Queen Ermengarde, Prince Llywelyn, and Joan (daughter of King John) and the evil King John. She gets caught up in the war of the barons in which Baron Robert Fitzwalter (later to become known as the legendary Robin Hood) and Eustace de Vesci refuse to allow King John to hold their families hostage. Castles are destroyed and banishment by King John send our Barons to France and Scotland to escape certain death. Pope Innocent the III casts an interdict upon King John. Tammy must visit the Pope in Rome in order to see that the details of the interdict include pardons for the barons. The scheming King John hatches a plan in which he convinces Pope Innocent III that he must raise a mercenary army to march in a Holy Crusade. The barons discover that the armies will be used against the barons and declare him a traitor to his own people. Before the tale is all told, Tammy will participate in battles at Northampton and Bedford where the barons begin to lose the war even though they portend to be, "The Army of God and the Holy Church". All appears to be lost. The Magna Carta seems a distant hope amid a world gone mad with corruption and power. This historical tale will amaze readers, both young and old. Will Tammy and her little friends save the day and see that the Magna Carta somehow becomes a reality? To this day the Magna Carta is considered to be the most important document in the history of the world. Virtually all free countries turn to this document to set up their governments. Few understand the events that led to it and this may well stand as the clearest accounting of the history of the founding of the Magna Carta. Parents and educators will turn to this for their own reference and then see that their children enjoy this enchanting tale on a journey through the Dark Ages.
Toon meer Toon minder