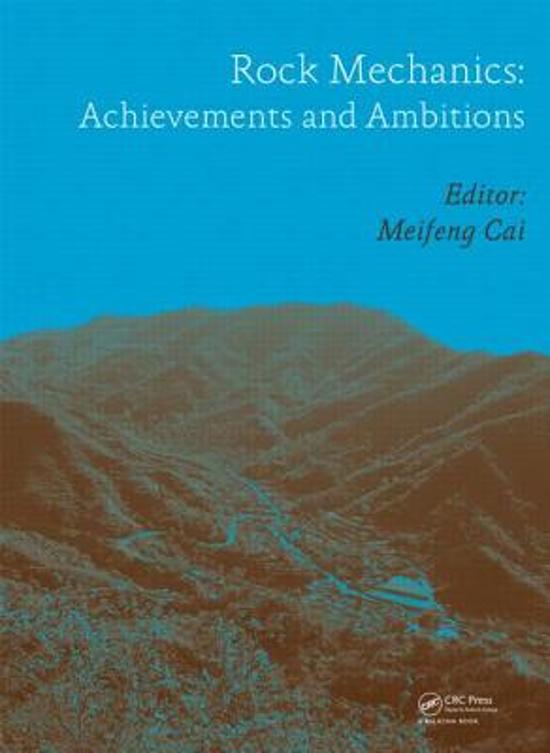 Rock Mechanics: Achievements and Ambitions contains the papers accepted for the 2nd ISRM International Young Scholars’ Symposium on Rock Mechanics, which was sponsored by the ISRM and held on 14–16 October 2011 in Beijing, China, immediately preceding the 12th ISRM Congress on Rock Mechanics.

Highlighting the work of young teachers, researchers and practitioners, the present work provides an important stimulus for the next generation of rock engineers, because in the future there will be more emphasis on the use of the Earth’s resources and their sustainability, and more accountability of engineers’ decisions. In this context, it is entirely appropriate that the Symposium venue for the young scholars was in China — because of the rock mechanics related work that is anticipated in the future. For example, in the Chinese Academy of Sciences report, “Energy Science and Technology in China: A Roadmap to 2050”, it is predicted that China’s total energy demand will reach 31, 45, 61 and 66 x 108 tce (tonnes of coal equivalent) in 2010, 2020, 2035, 2050. The associated per capita energy consumption for the same years is estimated at 2.3, 3.1, 4.1 and 4.6 tce. This increasing demand will be met, inter alia, by the continued operation and development of new coal mines, hydroelectric plants and nuclear power stations with one or more underground nuclear waste repositories, all of which will be improved by more modern methods of rock engineering design developed by young scholars. In particular, enhanced methods of site investigation, rock characterisation, rock failure understanding, computer modelling, and rock excavation and support are needed. The topics in the book include contributions on:

- Predication and prevention of geo-environmental hazard

Many of the 200 papers address these topics and demonstrate the skills of the young scholars, indicating that we can be confident in the continuing development of rock mechanics and rock engineering, leading to more efficient, safer and economical structures built on and in rock masses. Rock Mechanics: Achievements and Ambitions will appeal to professionals, engineers and academics in rock mechanics, rock engineering, tunnelling, mining, earthquake engineering, rock dynamics and geotechnical engineering.