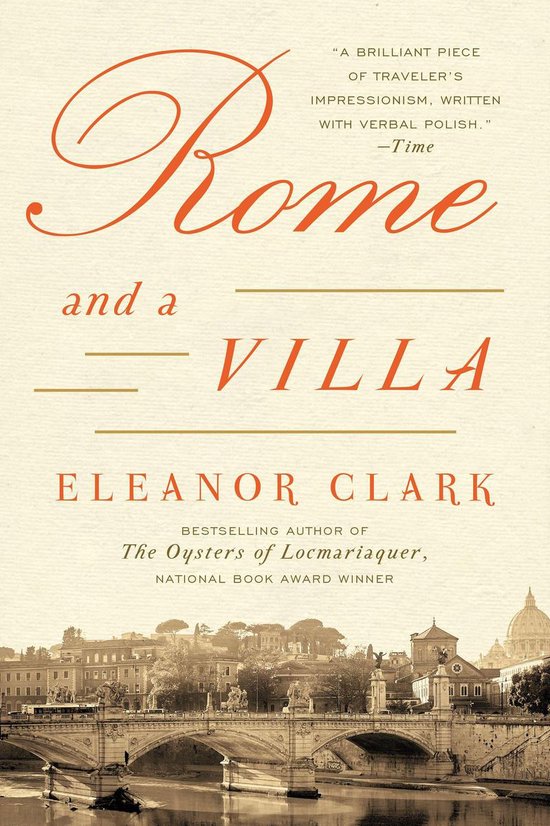 **"These essays gather up Rome and hold it before us, bristling and dense and dreamlike, with every scene drenched in the sound of fountains, of leaping and falling water." — The New Yorker


"Perhaps the finest book ever to be written about a city." — New York Times**


Bringing to life the legendary city's beauty and magic in all its many facets, Eleanor Clark's masterful collection of vignettes, Rome and a Villa, has transported readers for generations.


In 1947 a young american woman named Eleanor Clark went to Rome on a Guggenheim fellowship to write a novel. But instead of a novel, Clark created a series of sketches of Roman life written mostly between 1948 and 1951. Wandering the streets of this legendary city, Eleanor fell under Rome's spell—its pace of life, the wry outlook of its men and women, its magnificent history and breathtaking contribution to world culture. Rome is life itself—a sensuous, hectic, chaotic, and utterly fascinating blend of the comic and the tragic. Clark highlights Roman art and architecture, including Hadrian's Villa—an enormous, unfinished palace—as a prism to view the city and its history, and offers a lovely portrait of the Cimitero acattolico—long known as the Protestant cemetery—where Keats, Shelley, and other foreign notables rest.