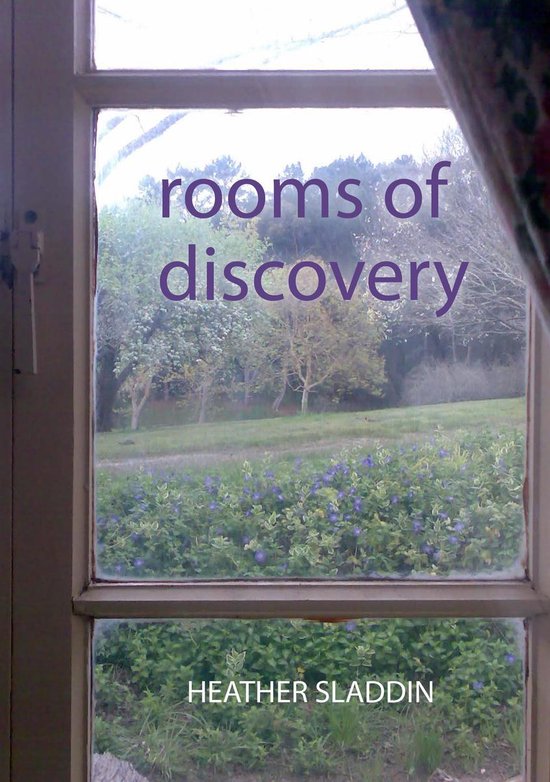 Heather Sladdin's collection takes the reader on two parallel journeys: one is through a marriage, the other through a personal inner journey. When you first read rooms of discovery, you will find a journey that is human and familiar: the story of Heather and Ray's courtship and marriage, and its aftermath in Ray's death, is beautiful, real, and moving. The loving commitment that underlies these poems is clearest, I think, in 'School morning'. Ray doesn't rate a mention in this piece, which in itself conveys security and a grounded sense of marriage and family life. The other side of intimacy, as we all know, is the unbridgeable separateness of one mind from another. This gap is probably felt most keenly between intimate lovers rather than between strangers. In 'interloper', Heather creates a concise picture of the obliviousness of one spouse, and the restlessness of the other. Take note of the way she uses the metaphor of a scurrying animal to convey one of those fleeting moments of anxiety that anyone in a relationship has felt at one time or another. We see here both a surrender to love, and a connection with neglected parts of the self. This journey into the feminine is most strongly apparent in the group of eight connected poems entitled, 'Lidwein's fantasies'. Each poem suggests a different aspect of the feminine psyche, and its placement just after the midpoint of the book implies that the journey into self was part of the process of a journey into intimacy within Heather's marriage. When I first read the collection, the poem that comes directly after this sequence, 'there she is…' seemed a strange poem, both in terms of its theme, and its location in the book. However, as re-reading unfolded, it was obvious that this poem was the hinge-point in rooms of discovery. This title hints at the feminine theme. Heather has used a gum tree as a metaphor for the authentic, age-old power of the Feminine, and likens the bark of the tree to a taipan: echoes of the snake in Adam and Eve story are obvious. When you read the poem, note how the power of the tree frightens off the foxes, how the foliage is compared to Medusa's hair. This celebration of ancient Feminine spiritual and sexual power seems to take a negative turn later in the poem, for the tree is eventually cut down into fence posts that mark "ordered boundaries", implying, I believe, that the empiricism that dominates the modern world has forced the feminine into the geometric shape and form of male patriarchy. But when a child climbs the fence, he or she still enters "the forbidden". The poem asserts that feminine archetypes may be suppressed in the modern world, but they still have force, and are waiting to be rediscovered and revealed and lived. And so this poem leads us to the book's real momentum. On first reading rooms of discovery, I was struck by the poems that contemplate the brevity of human life, and the inevitable and relentless passage of time. However, the poem that finishes the book, is a poem in which the end of the outer journey is accepted, and where the inner journey crosses a metaphorical river into an entirely new consciousness, where self-acceptance and purpose become realities. This new epiphany is connected to a vision of a fire in a cave, implying that this healing journey has happened again and again over tens of thousands of years. The poem is 'night crossing' and it speaks for itself and for this collection, it leaves us all with a gift of hope, made of words. Geoff Kemp, 2012. About the Author: Heather Sladdin completed a PhD in Creative Writing at The University of Adelaide in 2014. She graduated magna cum laude from SFSU with a BA in Creative Writing. She worked in marketing, recruitment and publishing before teaching Creative Writing, Communication and Media Studies at UniSA and SAIBT. She has previously published a poetry anthology titled Flow with co-editor Richard Hillman, she has another collection of poetry titled, the grammar of grapes and a verse novel titled, Patterns of Being. You can find out more about Heather Sladdin, past publications and her works in progress at www.heathersladdin.com.au
Toon meer Toon minder