A sixth cozy mystery installment to die for!

A Dangling Kind of Minute

*"Have dinner with me tonight." The gruffness of Crew's voice made me shiver all over, especially when he didn't move after speaking, mouth grazing over my earlobe, faint trace of his teeth nibbling at the edge. He was lucky we were thirty feet up on a narrow platform because had we been on the ground? He'd have been at risk of a hard landing and some rather private activity that may or may not have ended in the pair of us getting arrested.

Now that the annex is ready to open and her romance with Crew is budding with spring, Fee prepares for the wedding of the year while trying to balance her mother's continuing self-confidence issues and her own rapidly expanding business. An afternoon of zip lining at a new park seems like a great way to let off some steam--until an activist protesting the park is found murdered. Once again in the middle of a murder investigation, Fee finds working with Crew instead of against him puts her in more danger than ever!

Don't miss a single volume in the Fiona Fleming Cozy Mysteries! Find books one through five available now:
Bed and Breakfast and Murder
Chocolate Hearts and Murder
Fame and Fortune and Murder
Ghosts and Goblins and Murder
Ganache and Fondant and Murder 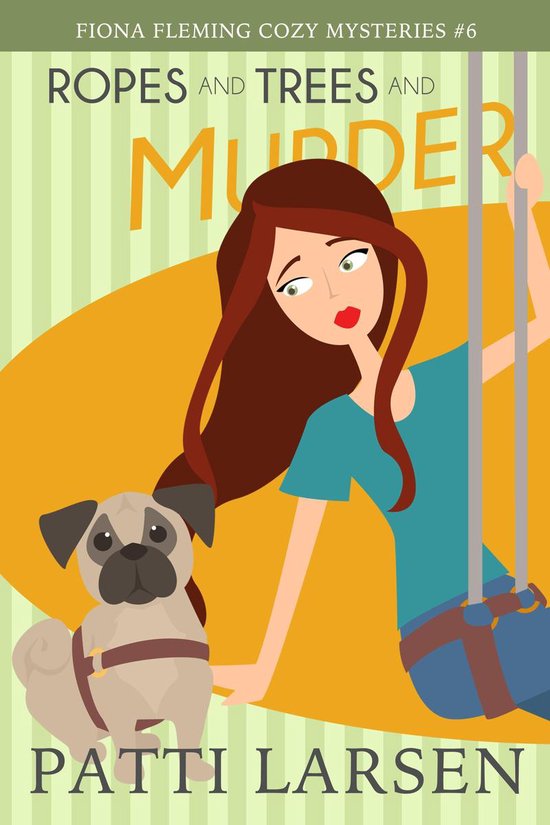