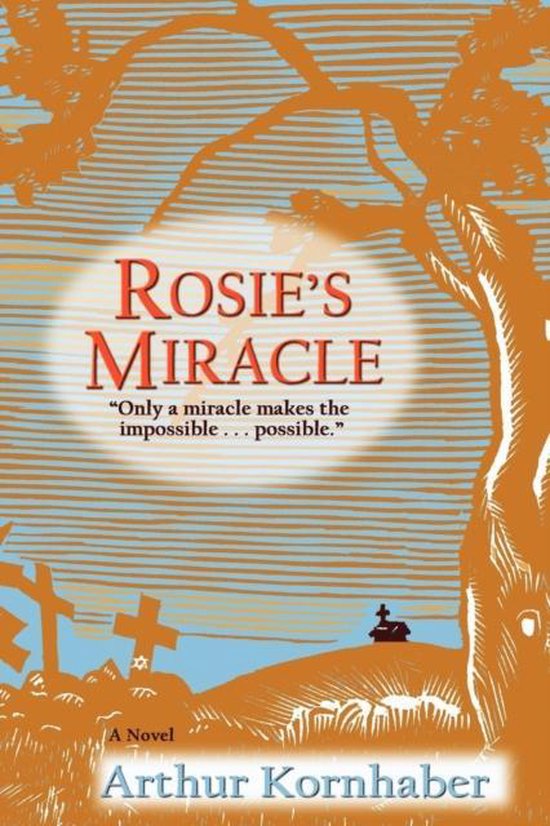 Rosie Flores, 23, a graduate student at the University of New Mexico is returning to her home in Santa Rosita for the summer. She has a problem. Her town is peopled by her xenophobic, but lovable, churchgoing family, the native Americans she grew up with, and radical separatists who allow no ''outsiders'' (except revenue-producing tourists) to enter their area. Rosie must tell her family members that she is in love with Jon, a doctor who is temporarily working at the town medical clinic. The problem is that Jon is an ''outsider,'' a ''gringo,'' and of a different religion. There is no chance that her family will ever accept him. As one of her friends puts it, Rosie "needs a miracle" to solve her seemingly impossible problem. Her prayers are answered when, after a terrible flood, an object arises from the ground of the old church cemetery. After the object is examined by the town priest, the Elder of the Santa Rosita pueblo and the Alcalde of the town, they receive a stunning surprise that turns the town topsy-turvy; nothing they believe is as it seems. Rosie smiles. What do the people do with this revelation? ARTHUR KORNHABER, MD, psychiatrist, author, and foremost expert on the relationships between the generations frequently appears in the media. He is the author of seven books, six on the topic of grandparenting. During the 1990s, Dr. Kornhaber worked with Native American and Hispanic populations in Northern New Mexico to apply ''Grandparent Power,'' using the influence of Elders to create a modern, culturally-sensitive, mental healthcare system for the young, and to enhance their ability to learn what their local Elders have to teach concerning culture and legacy. During his time there, he became aware of a well-hidden secret. This personal discovery moved him to write his first novel, Rosie's Miracle.
Toon meer Toon minder