Route 64 A Story about Life, Chess and the Road Less Traveled 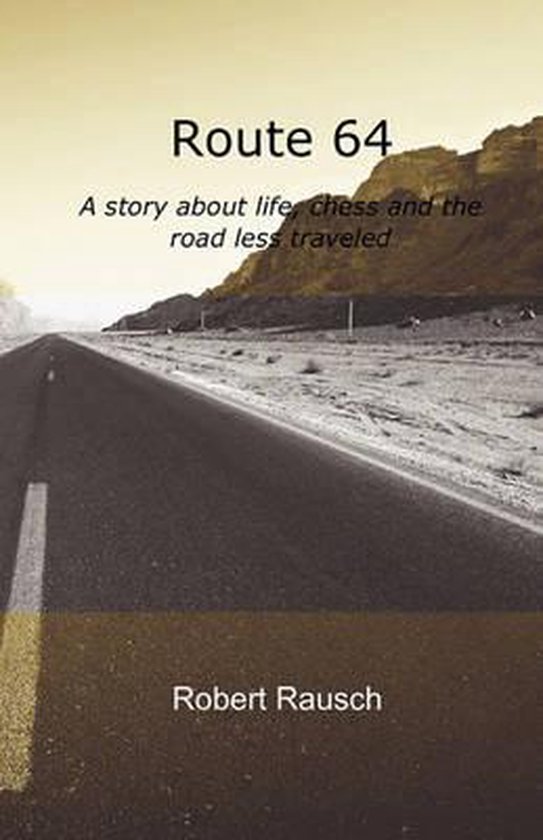 Route 64 is a personal memoir based on the author's thirty-year involvement with competitive chess as a player, coach and parent. Both humorous and tragic, Route 64 explores the intensity, passion and motivations that lead both children and adults to pursue the game with an almost religious fervor.As the son of a single mom in San Antonio, the author gravitates to chess as a means of shielding himself from pain and isolation after his parents' divorce. Through his devotion to the game, he learns that chess offers much more: a chance for recognition and success.The Fischer-generation of chess players defied convention. This eclectic mix of geniuses, miscreants and boys-next-door come to life in the person of the author's friends and adversaries. Route 64 is not so much a chess book as it is the story of children: kids united in their passion and commitment, in spite of their differences. They come together in the crucible of competitive chess to confront one another as well as their personal demons.Yet the author's relationship with chess itself is complex. The game has been his salvation - delivering him from a troubled youth, but a paralyzing fear of losing leads him to distance himself from competitive chess. As an adult, he is blessed with a talented chess-playing daughter and forms his own community chess program for adolescents, giving him the opportunity to share the game and to complete the journey that he began decades earlier.Throughout his life, chess has been the common thread that linked the author to his family and friends. The game has at times been his best friend and his worst enemy. It has been a companion through periods of tragedy and unsurpassed joy. Above all though, chess has been a teacher - one capable of motivating him to success and changing the lives of others. Chess has endowed the author with character, along with the knowledge that character is most needed in times of great victory and ignominious defeat.
Toon meer Toon minder