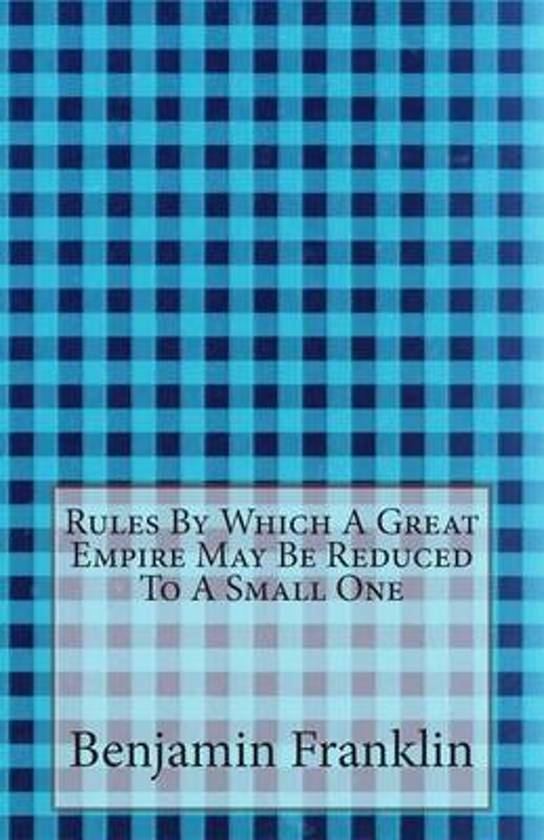 Benjamin Franklin's writings represent a long career of literary, scientific and political efforts over a lifetime which extended nearly the entire eighteenth century. Franklin's achivements range from inventing the lightning rod to publishing Poor Richard's Almanack to signing the Declaration of Independence. In his own lifetime he knew prominence not only in America but in Britain and France as well.
Alles van Benjamin Franklin
Toon meer Toon minder

Benjamin Franklin (January 17, 1706 - April 17, 1790) was one of the Founding Fathers of the United States and in many ways was "the First American". A world-renowned polymath, Franklin was a leading author, printer, political theorist, politician, postmaster, scientist, inventor, civic activist, statesman, and diplomat. As a scientist, he was a major figure in the American Enlightenment and the history of physics for his discoveries and theories regarding electricity. As an inventor, he is known for the lightning rod, bifocals, and the Franklin stove, among other inventions. He facilitated many civic organizations, including Philadelphia's fire department and a university.Franklin earned the title of "The First American" for his early and indefatigable campaigning for colonial unity; as an author and spokesman in London for several colonies, then as the first United States Ambassador to France, he exemplified the emerging American nation. Franklin was foundational in defining the American ethos as a marriage of the practical values of thrift, hard work, education, community spirit, self-governing institutions, and opposition to authoritarianism both political and religious, with the scientific and tolerant values of the Enlightenment. In the words of historian Henry Steele Commager, "In a Franklin could be merged the virtues of Puritanism without its defects, the illumination of the Enlightenment without its heat." To Walter Isaacson, this makes Franklin "the most accomplished American of his age and the most influential in inventing the type of society America would become."Franklin, always proud of his working class roots, became a successful newspaper editor and printer in Philadelphia, the leading city in the colonies. With two partners he published the Pennsylvania Chronicle, a newspaper that was known for its revolutionary sentiments and criticisms of the British policies. He became wealthy publishing Poor Richard's Almanack and The Pennsylvania Gazette. Franklin was also the printer of books for the Moravians of Bethlehem, Pennsylvania (1742 on). Franklin's printed Moravian books (printed in German) are preserved, and can be viewed, at the Moravian Archives located in Bethlehem. Franklin visited Bethlehem many times and stayed at the Moravian Sun Inn.
Toon meer Toon minder