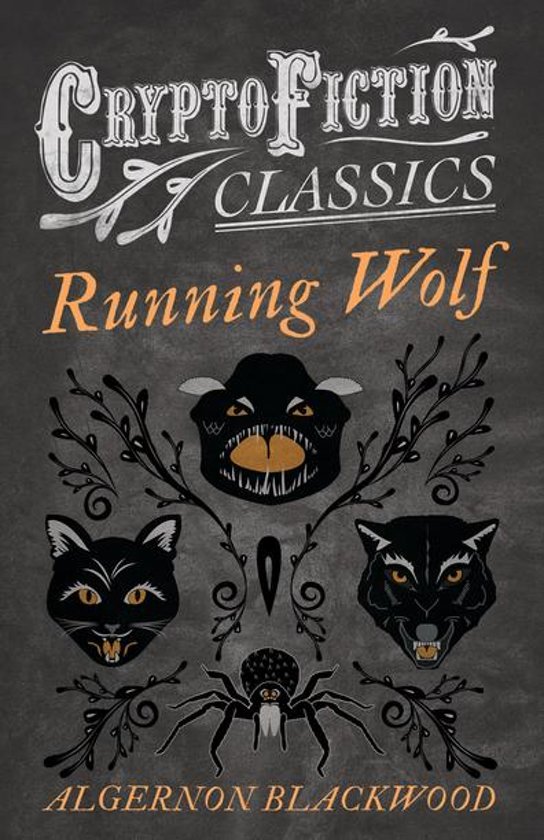 This early work by Algernon Blackwood was originally published in 1920 and we are now republishing it with a brand new introductory biography as part of our Cryptofiction Classics series. 'Running Wolf' is a short story of a supernatural native American werewolf in the Canadian wilderness. Algernon Henry Blackwood was born in Shooter's Hill, South East England, in 1869. In his youth he trained as a doctor at Wellington College in Berkshire, and went on to pursue a number of careers, in areas as varied as milk farming, modelling, journalism and violin teaching. In his thirties, Blackwood returned to England from New York, where he had spent a number of years, and began to write stories of the supernatural. Blackwood was extremely prolific, producing over the course of his life some ten original collections of short stories, fourteen novels, several children's books, and a number of plays. The Cryptofiction Classics series contains a collection of wonderful stories from some of the greatest authors in the genre, including Ambrose Bierce, Arthur Conan Doyle, Robert Louis Stevenson, and Jack London. From its roots in cryptozoology, this genre features bizarre, fantastical, and often terrifying tales of mythical and legendary creatures. Whether it be giant spiders, werewolves, lake monsters, or dinosaurs, the Cryptofiction Classics series offers a fantastic introduction to the world of weird creatures in fiction.