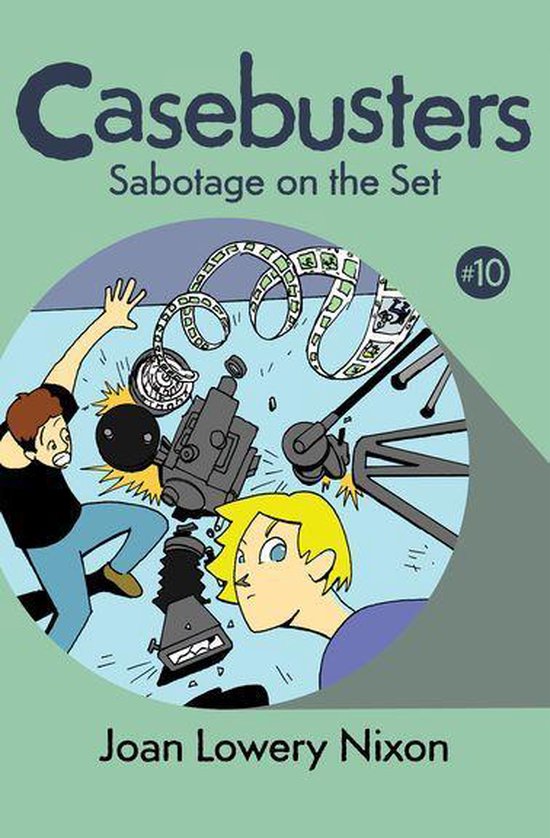 Sean gets his chance at stardom, but a Hollywood jinx stands in his way


A movie is being filmed in Redoaks, and Sean Quinn wants to be a part of it. The movie is called New Guy in Town, and it stars famous child actors Dakota Wayne and Justin Moore. The director needs someone to serve as Justin's stand-in on the set, and when he sees Sean, he knows he's found the right boy. Sean may not end up on screen, but he is going to be part of a movie! That is, if the movie ever gets made.


Hollywood insiders have been whispering from the start that New Guy in Town is jinxed. The production moved to Redoaks after fires, theft, and injuries derailed the original attempt to film in Hollywood. And as the filmmakers try to get back on track, the jinx keeps rearing its ugly head. To make sure he gets his shot at the big time, Sean and his brother Brian will have to find out who's behind the accidents before the cameras roll.