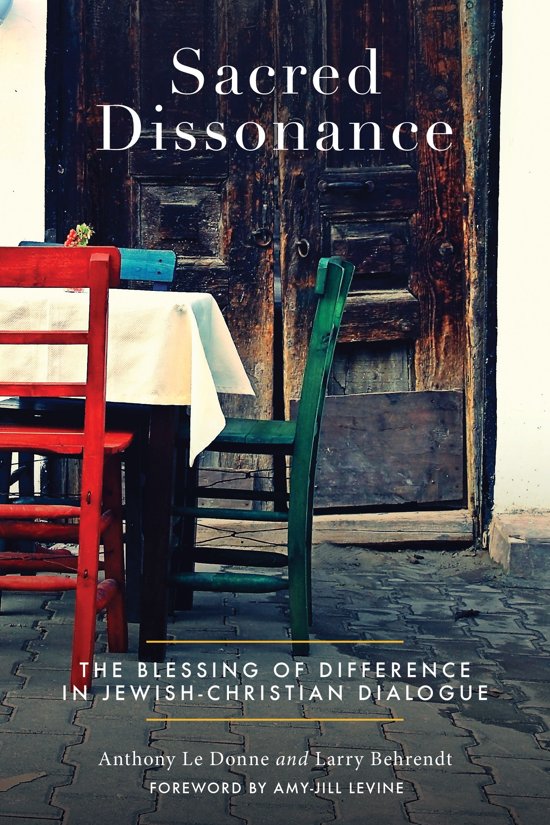 Moving beyond the all-too-common shallow recognition of differences, Sacred Dissonance: The Blessing of Difference in Jewish-Christian Dialogue explores the essential distinctions between religious identities and the cultural boundaries between Jews and Christians. Co-authored by colleagues deeply committed to their respective faiths—one a Jewish lawyer, one a Christian New Testament scholar—this book stands in opposition to the notion that all religions are basically the same, an idea commonly put forward in many secular circles or among those who follow personally appointed folkways rather than traditional religions.


Through deeply introspective essays on topics as personal as neighborhood relations and hospitality, and as difficult and sweeping as the Holocaust, Sacred Dissonance challenges the notion that a passive and self-contained approach to religious distinction will bring about peaceful coexistence. In candid conversations between the authors, every section of Sacred Dissonance models the ways in which conversation can be the means of both addressing a difficult past and a challenging present. In the course of exploring the ways in which Jews and Christians can speak to one another, Le Donne and Behrendt show that Christianity can become a "pro-Jewish" religion, Judaism can become a "pro-Christian" religion, and communities of faith can open space for others, rather than turning them away, even without breaking down the differences between them.