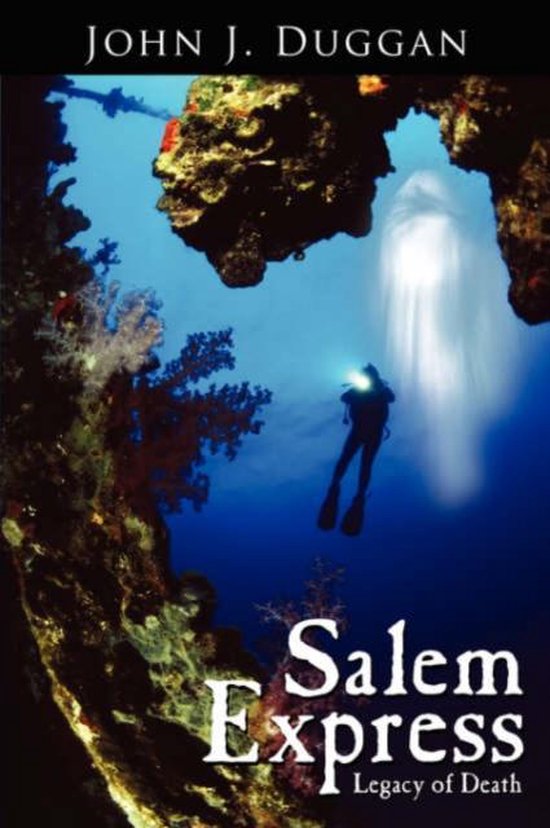 Although a work of fiction, the book begins with the sinking of the Salem Express, which actuallyoccurred in December, 1991. It introduces a terrorist cell that is transporting a weapon of mass destruction to Safaga, Egypt on the ferry. When the ship sinks, the material and all but one of the terrorists go to the bottom with it. The materialremains undisturbed for fifteen years.


Bret Davis and his friend Patrick Donovan plan to dive on the wreck and do a documentary.They havereceived permission to cut into the sealed-off section of the wreck where bodies still remain.


The Egyptian terrorist group, Warriors of Allah, believe Bret is a CIA agent and watch him closely after he arrives in Egypt. Part of their suspicion comes from his relationship with Eliat Moussad, a member of the Egyptian anti-terrorist agency.


While diving in the wreck, Bret and Patrick discover the car holding the canisters the terrorists lost in 1991, and recover one of them. The Warriors of Allahrecover the remaining canistersand then attempt to seal the divers in the wreck. The terroristattempts to recover the last canister from Bret are unsuccessful and it alerts the CIA of the canisters existence. A CIA team and another led by Eliat plan to work with Bret to locate the missing canisters.


Mahmet, the second in command of the Warriors of Allah allows his daughter to assist in watching Bret and Eliat. She falls into the ocean and is rescued by Patrick. When the terrorists decide to kill Bret, she warns Patrick.


An American chemical company owner assists the terrorists in getting the material into the USA and develops a way to spread the toxin. The toxin is recovered with Brets help, but at a terrible cost.