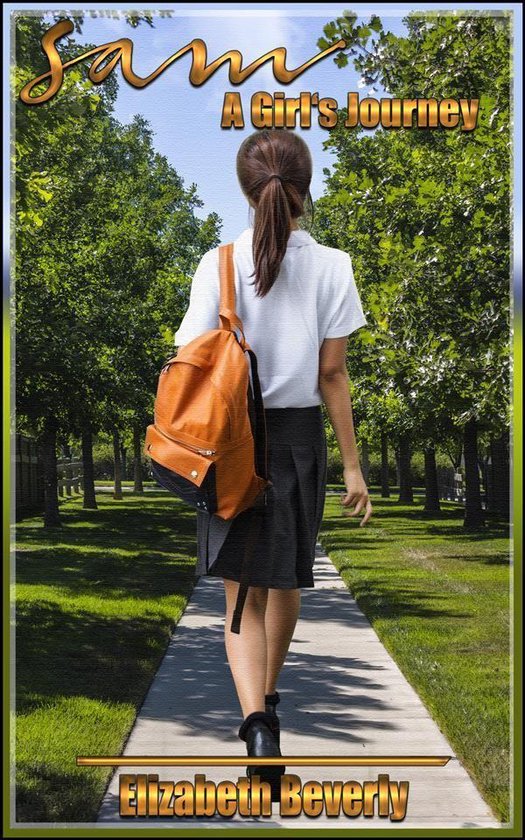 This is a story about a young girl who comes to terms with her dysfunctional childhood who learns about trust, acceptance, and love. In her first three years of high school, she goes from a shy girl with many secrets and self-doubts to discover who she is and of what she is capable. With the help of a teacher and a few close friends, she accomplishes things she never thought possible.


Sam went to school the next day and found her fellow students even more wary of her. There were many whispers behind her back and stares as she walked past. The other students weren't sure what to think of her. The violence they witnessed yesterday was something very few had seen and certainly none of them had ever seen a girl take a punch from a boy. The fact that she took the punch suggested she had not lied that she had taken one before.


It was a level of ugliness too difficult for most of them to understand. However, none of this bothered Sam because she was far too familiar with violence and fending for herself. She lived in a very dangerous chaotic world that she doubted any of these privileged dilatants could survive for even the shortest of times.


In her mind, the closer you let someone, the better chance you give them to hurt you because you rule life by fear and intimidation. It was a lesson Frank taught her many times, as she thought back to Ms. Kean's attempt to help her. How dare she try that touchy feely shit on her? Sam was never going to let anyone get close enough to hurt her again.


She discovered the long break for lunch was also for serving detention and after a quick lunch, she walked in the classroom and looked at the teacher sitting at the front desk. The teacher looked up at Sam as she walked in the room and even though she knew why she was there, she wasn't pleased that she had to babysit one student this early in the school year. "Congratulations, I believe you might have one of the all-time records for quickest detention in the history of this school," she said as her voice dripped with sarcasm. Sam wanted to say something back to her but remembered her mother's request to try to behave and quietly took a seat.


She sat there quietly counting the minutes until it was time to leave until the teacher broke the silence when she said, "I heard you like to get in fights with others so perhaps you would like to put that energy into something more productive. I am Ms. Hamm the girl's junior varsity basketball coach here."


Sam sighed as she got the teacher's insinuation and sarcastically replied, "I think I am a bit too small to play basketball."


The coach ignored the snarky reply as she continued, "Not all players need to be tall and I assume you will grow some over the next couple years. How old are you now?"


Sam answered, "I will be fourteen in a couple months."


Ms. Hamm then asked, "Did you start school early? It would make sense you would be smaller than the rest of the girls in your class."


Sam hated always being younger and smaller than the majority of her classmates. Sam felt that, along with being an only child, gave them carte blanche to target her for abuse. "Yes, my mother thought it would be a good idea to make school even more difficult for me," she lamented.


"I would like you to come to the gym after school, meet with me and a few players and see how you feel about it," Ms. Hamm requested.


"I'm not very good at anything team related. I am much more of a solo sport person," Sam answered.


"Is that what you really believe or is that what you want others to believe about you? There will come a time where you will have to trust others and let them trust you. No one makes it through life alone," Ms. Hamm finished, as it was nearing time to leave. They both gathered their things to leave. Sam thought to herself, just what I need another one giving me "I need help and to trust others," speech. She reasoned with herself, the only person Sam needs and should trust is Sam.