Sam the Man & the Rutabaga Plan 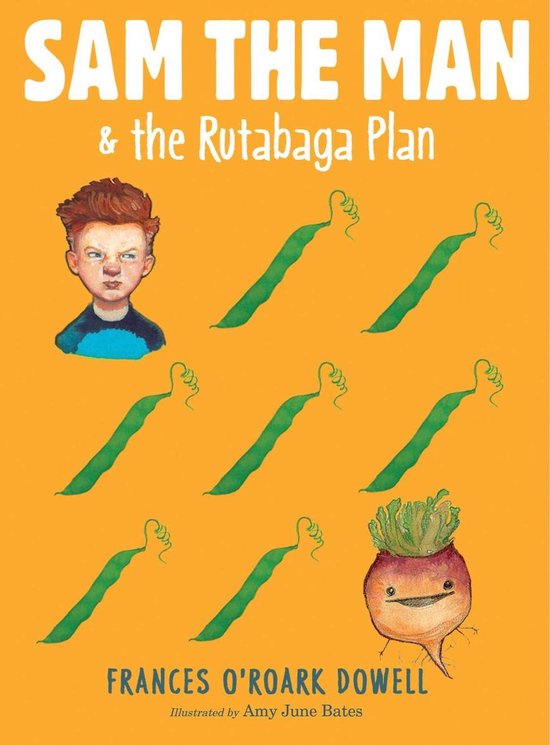 Sam the Man has a new school project. He's got to babysit the-eep!-worst vegetable ever this second hilarious chapter book in a new series from Frances O'Roark Dowell. Sam the Man is back, and he needs a NEW plan. Sam has already solved a chicken problem, but this time, he's having rutabaga issues. Rutabaga? Yes, Rutabaga. You see, Sam thought he was quite clever, missing school while his classmates were picking out their vegetable for a two-week science project. But, instead of being able to skip the project, he gets stuck with the vegetable that no one else wanted: the rutabaga! What even is this thing? It's dirty and kinda purple, and it does not look like something Sam would ever eat. Sam the Man is not a vegetable man to begin with, and he doesn't think he'll ever be a rutabaga man. But after drawing a little face on it, he starts to grow fond of the curious veg. Then it dawns on him that vegetables don't last forever...so he changes his plan: he has to keep this rutabaga happy-and rot-free-for as long as he can. To do that, he'll have to make the best dirt possible. All he needs is a little help from nature, and, of course, his chickens!
Toon meer Toon minder