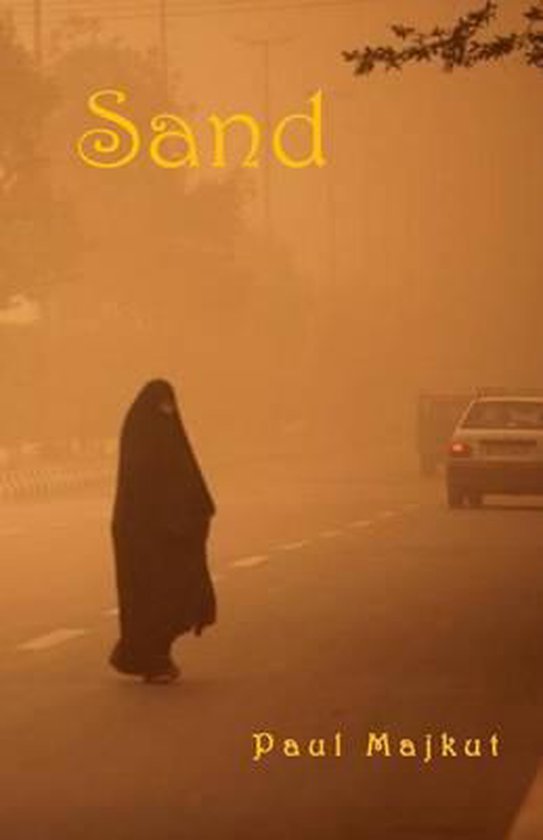 Sand, published as Sandstorm in The Riyadh Daily in 1987-8 as a serialized novel, is an eclectic work combining surreal events and naturalistic description. It is here published uncensored in its original form. It is a snapshot album of Saudi Arabia in the late 1980s.I had approached the editor of The Riyadh Daily with the idea of a novel appearing in daily installments of 500 words as a way of increasing circulation. At the time The Arab News and The Saudi Gazette were number one and two in circulation among English-language dailies in Saudi Arabia. The Riyadh Daily was a distant third. But the novel you hold in your hands is the original, uncensored novel, not the one that first appeared in print. It is approximately twice the length of what was published in serialization. Strong language, exposure of misogyny, references to homosexuality and gay characters, depiction of fanatic, religious terrorists, and political references were removed before delivered to the editor.What the editor received was a bowdlerized detective story centered on a sympathetic religious-police detective investigating trouble at a five-star hotel in Riyadh. Adolescent, homogenized, narrative pablum. Each installment, in the fashion of a soap opera, ended with an artificially unresolved, climatic event intended to bring the reader back the next day. It worked. Circulation grew because pablum is addictive. The Riyahd Daily remained third in circulation, but not distant third. Letters to the paper commented on the novel, pro and con, and praised or condemned the pseudonym who served as my beard.At home, I kept the two novels separate. Sandstorm was self-censored before being submitted for editorial censorship. Often, installments came back with warning notations from the government censor assigned to the paper. “Paul, please note that this was rejected by the editor. Advise not to touch politics in such manner because it is a waste of your and editor’s time.” In my desk at home, Sand waited for the light of day. It had the whole of Sandstorm in it—and more.My primary work was as a teacher at King Saud University, a position I took because nothing was available in the States when my wife, daughter, and I returned impoverished from the People’s Republic of China, where I worked as a “foreign expert.” It was not an easy decision to go to Saudi Arabia. What I thought to be true of the desert Kingdom, I found, was true. I do not regret the many Arab friends I made during our stay, though my wife and daughter did not have the same privileges I had as a man in a man’s world. Sandstorm and Sand have little in common. Not tone, not plot, not characters other than their names, and, most importantly, not “the Author,” who is both me and not me. He is confused and is tortured by an abiding cynicism that appears in the novel as headaches—a typical device in crime fiction. That’s me. He stumbles into dangerous situations, whines, and snipes at those around him. That’s me. He is intelligent and quick-witted. He is observant and fair-minded. That’s not me.Politically, it is evident that the novel finds Islamic fanaticism offensive, expat workers greedy, self-centered, and ignorant, and the leadership of the country, the King and his very extended family, reactionary criminals. The structure of the novel is experimental. The character called “the Author” is ambiguous in terms of the narrative. He is a character, like the others in the novel—a character presented in third-person objectivity—but he is also ambiguously a first-person character who struggles for control of the story with other characters in the novel in which they all appear. The reader—who, after all, the novel is about—will decide who wins the struggle.
Toon meer Toon minder